The entire planet is thrown into mayhem when millions of people disappear without a trace — all that remains are their clothes and belongings. Unmanned vehicles crash and planes fall from the sky, overwhelming emergency forces and causing massive gridlock, riots and chaos. Airline pilot Ray Steele (Nicolas Cage) struggles to save the lives of the passengers who remain on his flight, while his daughter (Cassi Thomson) races to find her brother and mother (Lea Thompson), both of whom have disappeared.

I’ll be honest, I went into Left Behind knowing full well it wasn’t going to be good. It’s a remake of an apparently already awful movie with Kirk Cameron of the same name, which is a religious apocalyptic movie surrounding The Rapture. And somehow this remake got Nicolas Cage attached to it. However I admit I had a bit of morbid curiosity going into it. It was even worse than I thought it would be, but not in a good way. While it’s not cringe inducingly horrendous, it is painfully dull and incompetently made. 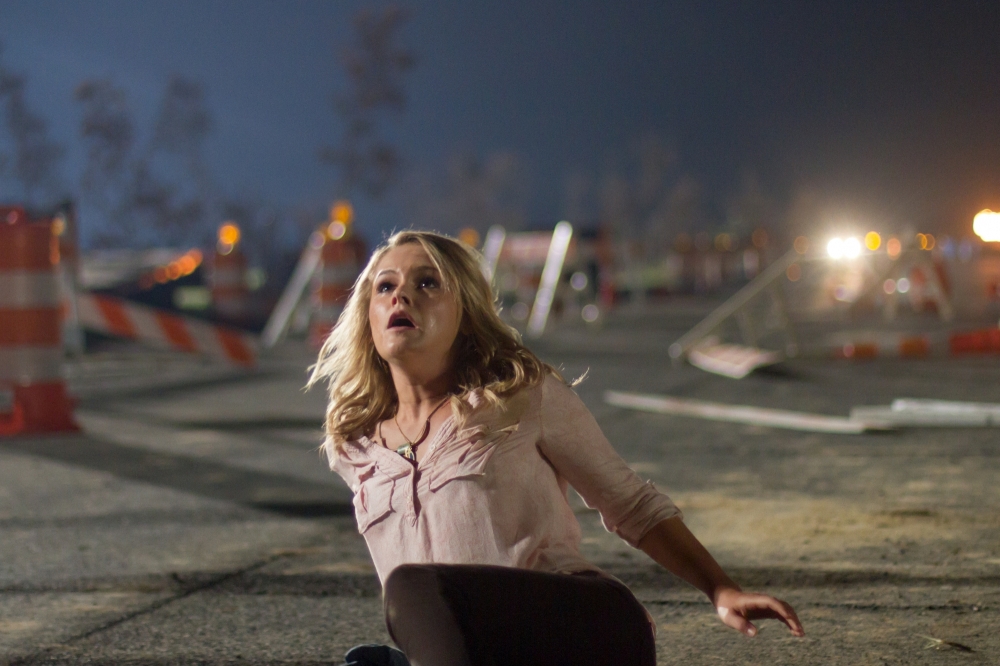 Left Behind is a religious apocalypse movie, and though I don’t really know if there are any decent religious apocalypse based movies, but if they exist this certainly isn’t one of them. I’m not against religious movies or any movies that have religion as a big part of the story, it’s just that Left Behind flat out wasn’t good regardless. It has no subtlety in its themes, especially when it comes to religion. The early scenes of the movie has so much blatant foreshadowing, in the opening minutes it features two of the main characters talking about religion, and establishes their position on religion and all that. Despite all the supposedly horrific things that were happening with people disappearing and chaos happening, you never feel really anything, there’s not a single character or aspect that you grow attached to in any way. You don’t care about any of these characters, they are so two dimensional and boring. The dialogue is also really bad, flat, blatant and again when it comes to the ‘themes’, no subtlety whatsoever. I’m not exactly sure the filmmakers thought through everything about The Rapture, and how exactly it would work. I’ll admit I don’t know a ton about The Rapture, but the film’s interpretation of it is having some people disappear and go to heaven I guess, with their clothes are left and there are like clothes literally just falling everywhere, even falling from the sky as if people were continently falling from the sky before being ‘saved’. On top of that, immediately when people disappear, everything goes to chaos and that’s literally all the characters on land aside from a couple characters do, and people just end up doing things that are really hard to buy. There’s even an ending that tries to set up for a sequel that will never ever happen. I think the worst thing overall though is how boring and dull the movie feels. Like even if some of the themes are hamfisted, or some ideas were executed poorly, if it was something interesting or anything like that then it would’ve been at least something. Even a ham fisted message would’ve at least been something but you don’t really get anything out of it, nothing morally, nothing in entertainment factors, nothing interesting or memorable, I barely remember much from the movie.

This movie has a few known people but none of the cast were good at all. Nicolas Cage, aside from one scene in the third act doesn’t appear to be trying at all. We unfortunately don’t even get a crazy performance from him, it would’ve made the movie at least somewhat enjoyable. There is some sort of attempt at a romance between two characters played by Cassi Thomson and Chad Michael Murray and you just don’t buy it at all, they spend like at most 10 minutes long before CMM goes off on a plane with Nicolas Cage and the film treats it as if the two characters were like a couple. I’m not familiar with most of the actors aside from Nicolas Cage but even if they have talent, they don’t have anything to work with here, so they just end up giving terrible performances.

Left Behind is such a poorly directed film, it felt like a straight to DVD despite apparently being shown in multiple cinemas upon its release. From what I could find out about the director, Vic Armstrong, he was a stunt double for Harrison Ford in the Indiana Jones movies. If he has any directorial talent, he doesn’t show it here. The CGI when it’s there is terrible, they couldn’t make a CGI plane look the slightest bit convincing. The music doesn’t go with the movie, especially with the more intense scenes. It’s either too light for intense scenes or its too intense set to events that aren’t all that intense. 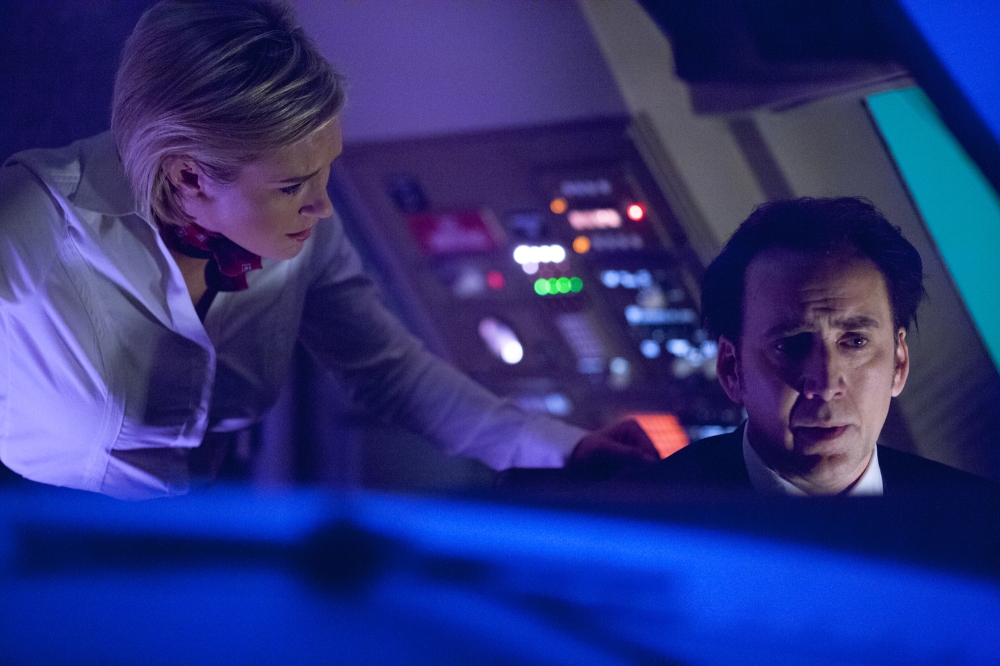 Left Behind is horrendous, the writing is poor, the direction is amateurish, and the acting is very mediocre. However I think the most disappointing and worst part is that this movie isn’t even entertaining or hilarious, it’s just boring. If we had an over the top Nicolas Cage performance or even a well intended message implemented, that might’ve made the movie somewhat enjoyable but that’s not the case. Aside from some bad decisions and scenes which can be laughable, there isn’t really anything enjoyable about Left Behind, even on an ironic or unintentional level. At the same time, I don’t really hate it, it’s just that there’s really nothing that good about it.