Dr Don Shirley (Mahershala Ali) is world-class African American pianist, who is about to embark on a concert tour in the Deep South in 1962. In need of a driver and protection, Shirley recruits Tony Lip (Viggo Mortensen), a tough-talking bouncer from an Italian-American neighbourhood in the Bronx. Despite their differences, the two men soon develop an unexpected bond while controlling racism and danger in an era of segregation.

Green Book still is one of the surprise Oscar frontrunners, both for the lead performances and for the actual film. I actually first really heard of the movie from the backlash that has been developing against it, with people comparing it to Driving Miss Daisy and criticising its attempt at taking on racism, which is surprising considering that at the same time it has been quite the crowd pleaser. I had been hearing some contrasting reactions, some really liking it, others hating it, so I really didn’t know how I was going to feel going into it, and I ended up really liking it, even if I don’t necessarily consider it to be Best Picture worthy or anything like that.

While racism is a big part of the movie, Green Book at its core is a road trip movie, and as that type of movie, its really good. Something that often happens with some road trip movies following two people who are completely different from each other that don’t get along and then become best friends, is that the change is sudden and unbelievable, usually just because of a certain event. Green Book however develops it gradually, and scene by scene we get to see the relationship change over time instead of having it occur suddenly. Despite the director’s past movies, the humour of the movie comes more from the situations and the characters interacting and doesn’t seem forced. The movie is genuinely funny throughout, even hilarious at times. Racism definitely plays a notable part of the movie, but Green Book isn’t necessarily trying to tackle it as its main focus. It’s not BlacKKKlansman or anything, again it’s a road trip movie set to the backdrop of the racist deep south. Its examination of race is pretty surface level to be honest, but at the very least its because they weren’t trying to do it. Its not romanticising the racism either (in fact from what I remember I think Driving Miss Daisy was much more so), it is critical of racism when its present. By the end of the movie, it’s pretty clear that racism isn’t solved, and it’s definitely not trying to claim that they have. While I’m at it, no, Green Book is not a white saviour movie like some people have claimed it is. Tony Lip (Viggo Mortensen) is established as a naive racist, ignorant at many points and leaves room for him to be criticised. The only way he really ‘saves’ Don Shirley (Mahershala Ali) is that he’s his bodyguard, which is part of the reason he was hired to begin with. Green Book recognises the flaws with both people but at their core is a deep humanity, and they both learn from each other, so in a way they both sort of help each other. While it can be seen as an Oscar bait movie, it doesn’t feel like it was made to be, despite some scenes feeling like they were written to tick the boxes for people to want to nominate it for awards. It does get a little sappy towards the end but considering what type of movie it is, it’s appropriate and is fitting. Now with every movie based on a true story, there are questions as to whether what was said is actually accurate. Some might’ve noticed that Don Shirley’s family came out against this movie for some inaccuracies. The problem with fact checking this movie is that the story is so unknown and intimate that not many people would’ve known. Also, one of the writers is the son of Tony, who apparently got all his information from his father and apparently Shirley as well. So you may need to take this movie with a grain of salt but I think generally it’s accurate, even if some areas might’ve been tweaked as what tends to happen to true life stories turned into movies. Also while it’s a bit of a minor issue, I think it wasn’t the best idea to call this movie Green Book. On top of it just being an easily forgettable title (and easy to confuse with Green Room), it actually has very little to do in the movie. The Green Book if you didn’t know (and most people today don’t know) is basically a guide for black people travelling through the deep south for safe places they can go to. While it is interesting and does play a little bit of a role in the movie, it gets probably 2 minutes focus tops. Not only that but it gives the impression that it’s going to be from the African American viewpoint and/or have a heavy focus on racism, which it isn’t. Even Driving Dr Shirley would’ve been a better title. In terms of other actual problems, I feel like Green Book was a little too sanitised and clean for the subject matter. Not that they needed to go into R territory but going a little less sanitised may have been better. 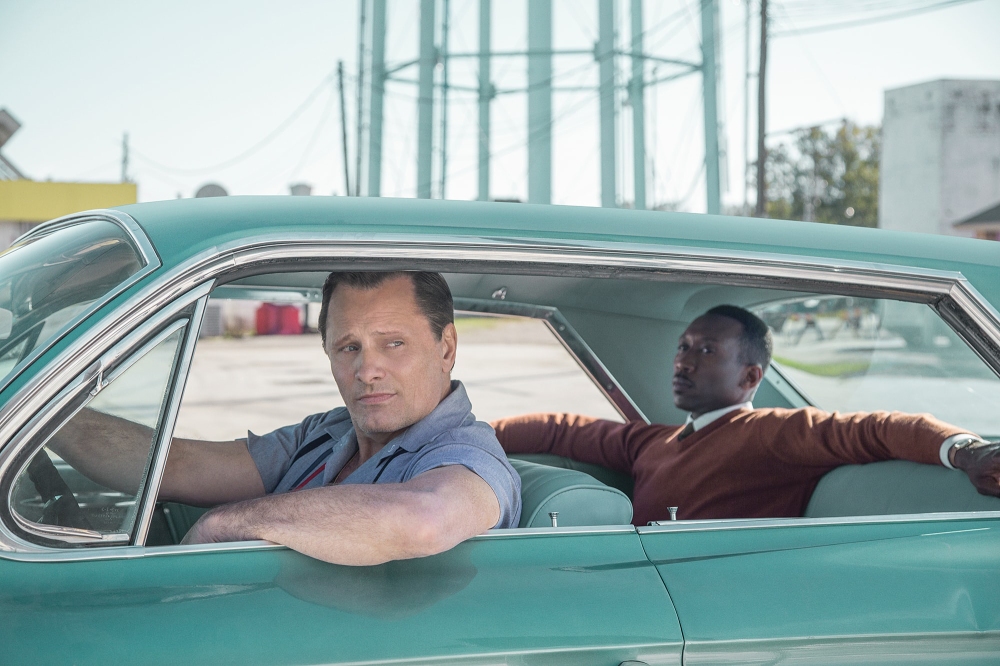 The two leads Viggo Mortensen and Mahershala Ali are really great in the roles of Tony Lip and Don Shirley and they are great together. Both Tony and Don are very different from each other and yet despite all the odds, over time they form this unshakable bond together. Viggo Mortensen as Tony could’ve easily just fallen into a complete Italian stereotype, and at first he seems like he is. Throughout the movie he does a lot of the cliché Italian things with the accent and the things he says but despite that, he still manages to deliver the character very well. Tony is a very simple man, he’s not the smartest of people (he’s flat out dumb at some points) but Viggo makes him work and plays him really well. Mortensen is known for being a really committed and serious actor but here he seems very loose and free and is actually quite great at the humour. Mashershala Ali gives yet another fantastic performance here. Shirley is a more complex role compared to Lip, with him being very closed off and having a lot of nuances to him, he only really opens up later on and you get to learn more about why he acts and does what he does. While I get that some people wanted to see the movie from Don’s point of view, when it comes to this story, Tony is a more open, talkative and laid back character, so it’s natural that he’s placed more in the forefront and that the much more reserved Don would be explored later on.

Peter Farrelly is one half of the Farrelly brothers, and while I haven’t seen any of their movies yet, I know that they made comedies like Dumb and Dumber and There’s Something About Mary, so this is definitely a departure from his previous work. While his direction of his first drama (or dramedy) isn’t anything special, it is competent enough and serves the story quite well. The costume design, production design and music all fit the 1960s era. Personally, I think the most interesting technical aspect of the movie is the fact that they managed to make Mahershala Ali look like he’s playing the piano. They actually had someone else playing the piano so the fact that they somehow made Ali look incredibly convincing is impressive.

Green Book is an entertaining and heartwarming road trip movie featuring two great performances from some of the best actors working today. It’s not a complex exploration of racism in the deep south in the 1960s, it’s meant to be an uplifting movie about a bond between two people despite all the seemingly overwhelming odds around them, and as that I thought it was really good. It’s nothing groundbreaking and I’m not exactly sure why it’s becoming a huge awards contender outside of the lead performances, but for the movie its trying to be, its good. I know that some might be put off by the backlash and some of the things that they heard about it, but I recommend at the very least checking it out for yourself, you may end up really liking it.