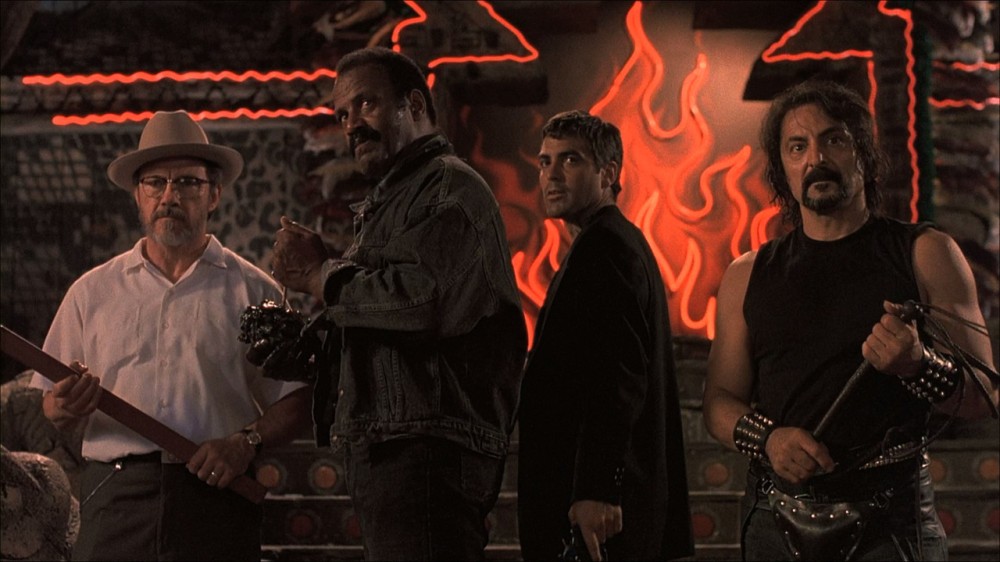 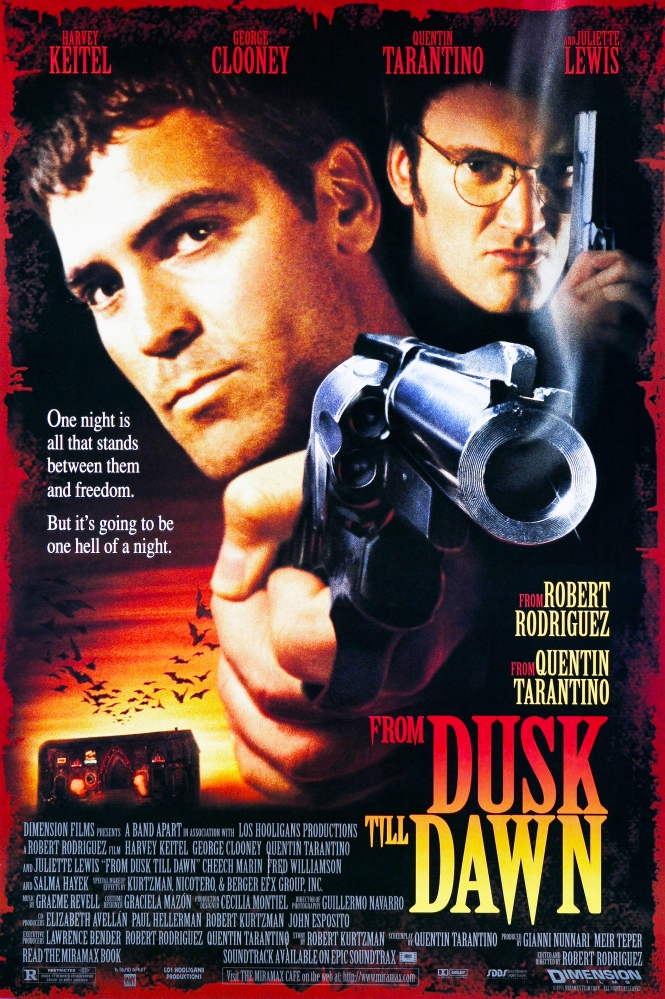 On the run from a bank robbery that left several police officers dead, Seth Gecko (George Clooney) and his paranoid, loose-cannon brother, Richard (Quentin Tarantino), hightail it to the Mexican border. Kidnapping preacher Jacob Fuller (Harvey Keitel) and his kids, the criminals sneak across the border in the family’s RV and hole up in a topless bar. Unfortunately, the bar also happens to be home base for a gang of vampires, and the brothers and their hostages have to fight their way out.

I remember watching From Dusk Till Dawn years ago, it had a big reputation for starting off as a crime movie and then halfway through turns into a bloodbath of a vampire movie. It wasn’t that much of a surprise to me, I knew that going in. And in knowing that, it really worked for me and was a very entertaining movie. It’s a violent and bloody grindhouse/B movie that’s a lot of fun. From Dusk Till Dawn is a very B movie and it wholeheartedly embraces that. As I said, From Dusk Till Dawn is known for basically being two halves of very different movies. The first half is a violent crime movie (probably a typical Tarantino crime film) following the Gecko Brothers (George Clooney and Quentin Tarantino) as they take a family hostage. The second half is a bloodbath of a vampire movie. I guess I would hide this as for some it was an absolute surprise but its practically a well known fact at this point that it’s not really worth it. As for which half you’ll prefer, I don’t really know. I will say that going in I was more expecting the vampire movie, so I was kind of waiting for that section to come up for a while. Quentin Tarantino wrote the script and you can really feel like it’s his writing throughout, especially with the dialogue. In a way, Tarantino’s writing and Rodriguez’s direction were a perfect match for this kind of story.

The cast for the most part does well. George Clooney gives quite possibly my favourite performance of his. Gone is the charismatic and charming Clooney that would be appear in even his criminal roles like Danny Ocean, here he is a straight up ruthless criminal who still remains likable despite it. Quentin Tarantino despite being a very talented writer and director does get a bit of a bad wrap when it comes to his acting, especially in this movie. I personally think he was actually alright here, no he’s not really that great of an actor but his character Richard Gecko who’s an unstable psychopath, he pulls it off well enough. Maybe other actors could play the part and do it better but he does the job okay. The hostage family is played by Harvey Keitel, Juliette Lewis and Ernest Liu, who really play the only redeemable characters in the whole movie, and they did quite well (although Liu is a cut below Keitel and Lewis). We do get some other actors in smaller roles but do their part to stand out, with Danny Trejo, Cheech Marin and Tom Savini being some of them. And of course we have Salma Hayek, who is only in a couple scenes but is one of the most memorable parts of the movie (granted its mostly because of a dance she does around the halfway point but still).

Robert Rodriguez directs this movie, and as typical of (non Spy Kids) Rodriguez, the action is entertaining and really bloody. Early on, when the violence is present, its bloody but it’s kind of disturbing at the same time. In the vampire segment however, it goes really over the top with the gore and its just really entertaining to watch. There is a lot of practical effects used for the gore and its very creative and impressive. These representations of vampires aren’t the Dracula kind of vampires, these are the absolutely grotesque and monstrous kind of vampires. The reason that this movie didn’t get an NC-17 rating is that they turned the vampire blood from red to green, and I guess it worked (and made it stand apart from the other representations of vampires even more). 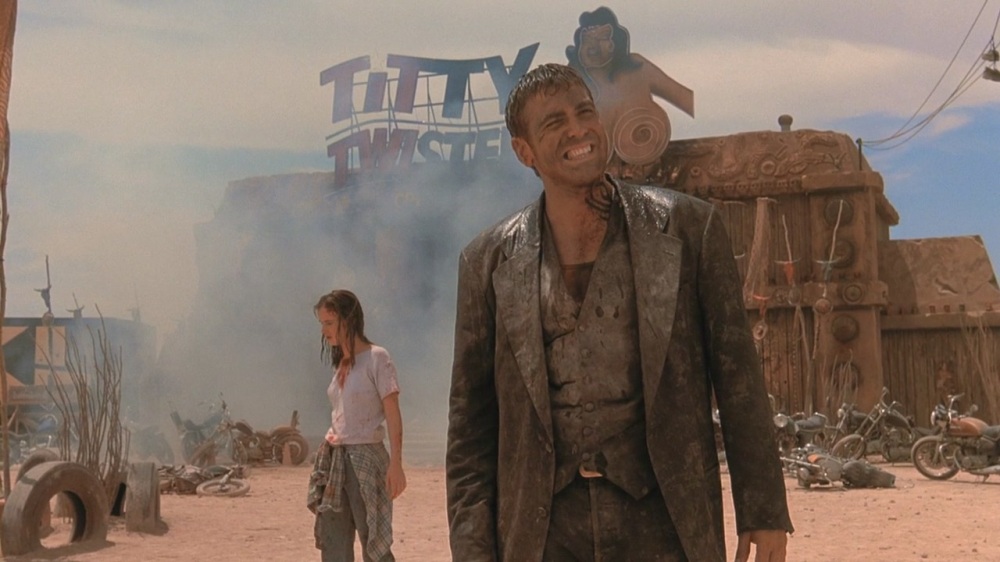 From Dusk Till Dawn probably isn’t for everyone. The switch from crime to horror in the halfway point did put off some people, you might end up digging one segment much more than the other, I can’t say for certain. If you’re up for a weird and violent action horror movie written by Quentin Tarantino and directed by Robert Rodriguez however, I’d say give it a go.