Three years after the destruction of the Jurassic World theme park, Owen Grady (Chris Pratt) and Claire Dearing (Bryce Dallas Howard) return to the island of Isla Nublar to save the remaining dinosaurs from a volcano that’s about to erupt. They soon encounter terrifying new breeds of gigantic dinosaurs, while uncovering a conspiracy that threatens the entire planet.

I wasn’t particularly looking forward to Jurassic World: Fallen Kingdom. When I saw Jurassic World for the first time it was fine to me but it really got worse over time. The one thing that gave me hope however instead of Colin Trevorrow returning to direct, J. A. Bayona was directing it, Bayona did a fantastic job with A Monster’s Call. However on the whole I was still rather sceptical, but still willing enough to try it out. Fallen Kingdom turned out to be better than I thought it would be, but at the same time it wasn’t particularly good. While it has some pretty good aspects like a decent second half and J.A. Bayona’s direction, it also has one dimensional and annoying characters, overused plot points and some other really dumb aspects (many of them brought over from the first Jurassic World). It’s a rather mixed bag. 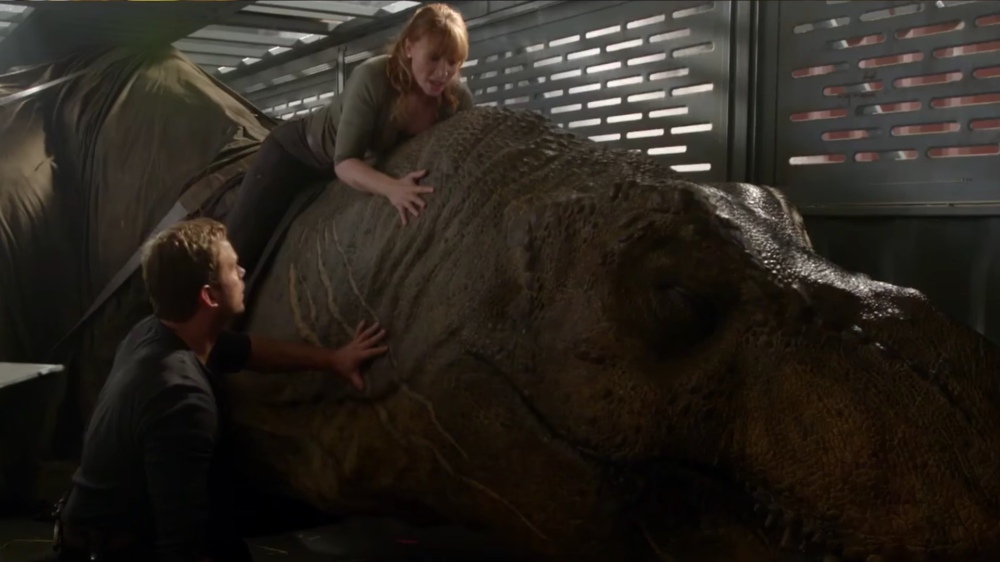 Fallen Kingdom doesn’t feel like it has 3 acts, its more split into two halves. I wasn’t impressed by the first half, with it being not particularly interesting, way too familiar to other Jurassic Park movies and just flat out annoying at times. The second half is much better, which was probably a mix of me getting used to the plot, a more horror-like emphasise and certain plot aspects getting better over time. The plot itself isn’t that great, despite it being a Bayona directed movie, you can really feel Colin Trevorrow’s writing here following on from the previous movie, and that includes many of its more absurd aspects. It seems like he really still thinks that Jurassic World’s plotline about military people thinking that weaponizing dinosaurs is genius, because he uses it again here, and it’s just as dumb as it was in the previous movie. A lot of the human characters are once again quite poor, I think that’s one of the aspects about these newer movies that make them not work as well as the other movies (even Jurassic Park 3), the characters are so poorly written and don’t work in any way. There is a bunch of humour that really falls flat, and there are plot points that once again are cliched, too familiar and don’t work. There is an odd plotline focussing on a girl played by Isabella Sermon. It ends with a twist that works okay but is rather confusing and out of place, it really didn’t need to be in the movie. However it’s not all bad. The plotline/scenes involving Chris Pratt and an intelligent raptor named Blue were one of the highlights of the movie, it actually was quite effective. Also despite the first half feeling rather average, at the end of that segment is a startingly effective emotional scene which really got to me. It just came out of nowhere and despite not liking the movie particularly much, it actually worked. The movie is over 2 hours long and it can drag at times, even during the second half, you kind of feel the 2 hour+ length. This movie ends on an interestingly different note, one that the next movie seems like it’ll be focussing on. It has potential but we’ll just have to wait and see what happens in the sequel. I didn’t watch it myself but for those interested, there is an end credits scene as well.

Chris Pratt and Bryce Dallas Howard like in the first movie do pretty well here. Their chemistry isn’t really that strong for the most part but the film doesn’t try to emphasise that aspect as much as the previous movie, so it was somewhat tolerable. Jeff Goldblum returns as Ian Malcolm for like one scene, he really didn’t need to return to this movie. James Cromwell is decent in his role but really his character could’ve been played by anyone. Isabella Sermon is good in her role, despite the odd choices with the character’s storyline. A lot of the other actors however are stuck with poor characters. One is Justice Smith as some IT guy who really is annoying, especially during the first half. However the more stand out annoyances are the villains. If you couldn’t stand Vincent D’Onofrio’s cliched character in the first Jurassic World, you’re going to have a hard time with Fallen Kingdom. You have Rafe Spall as some business guy who predictably turns out to be evil, Toby Jones as an auctioneer for dinosaurs and Ted Levine as an over the top mercenary, and all of them are so cartoonishly evil its actually rather astounding. I know at the very least that Toby Jones and Ted Levine are great actors, but they aren’t given really anything to work with except with acting evil, none of their talents is on display here. 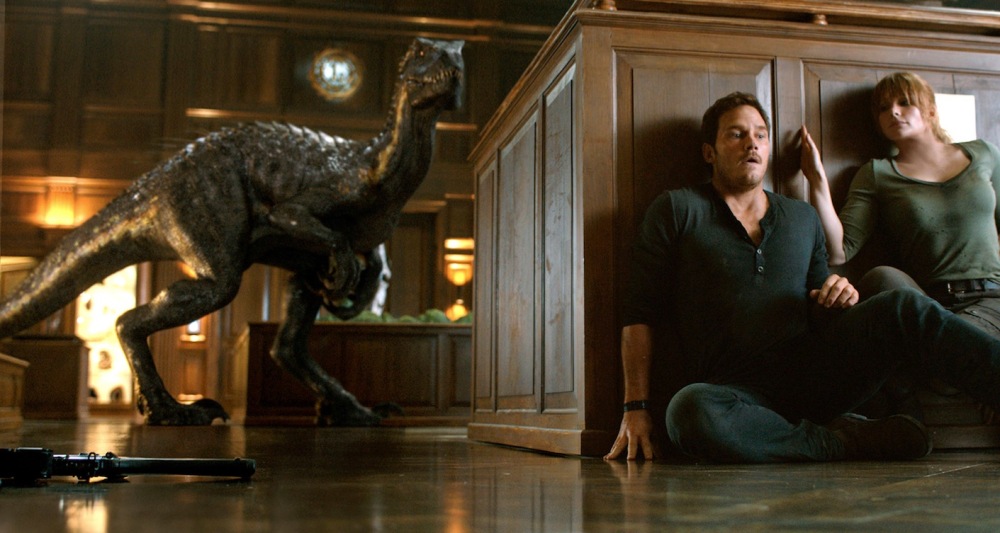 J. A. Bayona really added something to Jurassic World: Fallen Kingdom with his direction. In the second half, the movie utilises a lot of horror elements that is actually rather effective, and plays a large part in this half working so well. The CGI on the dinosaurs is better here than on the previous Jurassic World, they really don’t look as great as in the original film. I think a big part about why it works better is that unlike the previous movie, they don’t have an overload of too many dinosaurs on screen at the same time. There was one lava effect that I felt looked really fake looking but that’s just in one scene.

Jurassic World: Fallen Kingdom was slightly better than I was expecting and wasn’t quite the disaster that a lot of people seemed to make it out to be. However, it’s still not that good either. For every element or scene that worked quite well, there was another that made the whole experience frustrating, dull or just annoying. With the different story direction that Fallen Kingdom ends on, I can say that there is an opportunity for a different direction to take the franchise that can lead to more places that’s not just familiar territory (that the franchise had been constantly doing for the past films). However, the next film is directed by Colin Trevorrow, so I’m not holding out much hope for it for now. If you could somewhat tolerate the first Jurassic World, you should be fine with this one. Otherwise I’m not sure how much you are going to like Fallen Kingdom, if at all.