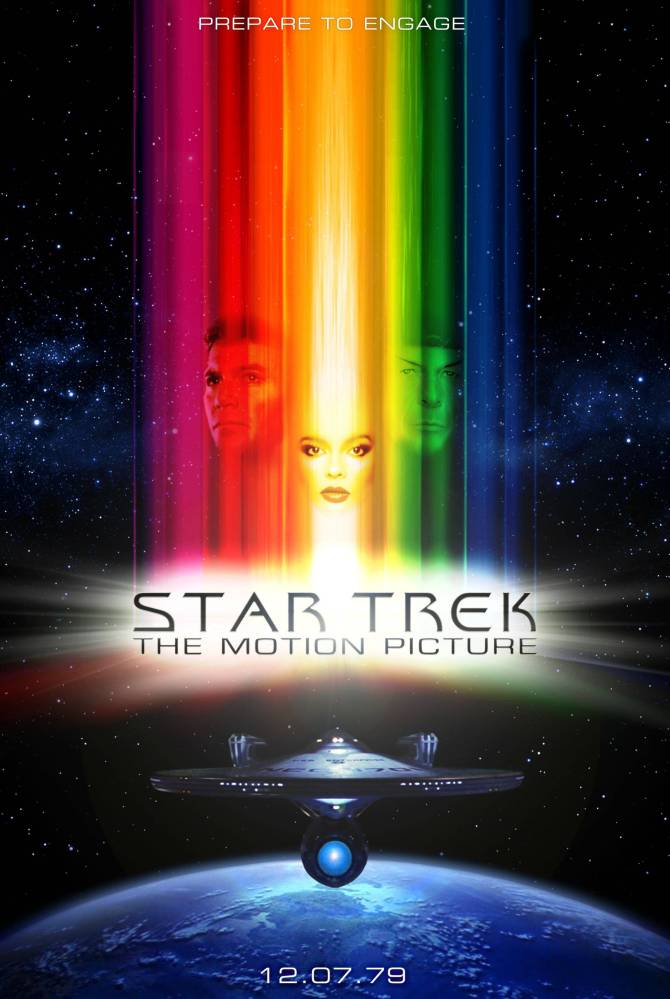 The Federation calls on Adm. James T. Kirk (William Shatner) and the crew of the Starship Enterprise to contain an immense nimbused object that’s on a crash course with Earth. After investigating, the crew discovers that the alien cloud harbors artificial intelligence with an ominous primary directive. Crisis strikes when a probe dispatched by the energy cloud attacks the crew, abducting navigator Lt. Ilia (Persis Khambatta). An android look-alike containing her memories shows up soon after.

Star Trek had been going on for a while, with the original television show starting in 1966. Over a decade later, in 1979, Star Trek took its first attempt at a live action movie… unfortunately it really didn’t go all that great. While it had some pretty visuals for its time, it doesn’t have much else to offer.

Star Trek: The Motion Picture is 2 hours and 12 minutes long and it definitely felt it. The movie really feels like a lot of padding, everything took too long with countless sequences of just nothing happening, focussing on ships going places. For instance, Kirk and Scotty, from the moment they first see the ship, it takes at least 4 minutes for them to actually arrive on it, and nothing really happens within this 4 minutes. And there are at least a couple more of these 3 to 4 minute long unending sequences of ships going in a certain direction and absolutely nothing happening. Without these drawn out sequences, the movie must’ve been more like 1 hour and 30 minutes long. The story itself isn’t handled all that great either. There are aspects that definitely had potential but the end result is actually quite boring and uninteresting. By the time the plot actually really kicks in and things actually start happening, it’s way too late for us to care.

Something I noticed about the actors in the original Star Trek movies is that the quality of their performances usually depends on the level of the quality of the movie, mostly due to the writing of the characters. For example, William Shatner’s Captain Kirk makes a lot of bad decisions and really doesn’t give you a sense that he’s any good at being a captain (at least in this movie). Early in the movie, Kirk takes command of a ship which he is completely unexperienced with commanding over someone who was much more experienced, things didn’t go so great, especially when his actions led to the deaths of 2 people. There is also some forced romantic subplot between the characters played by. Persis Khambatta and Stephen Collins that we don’t really care about. I guess on the whole the acting was fine enough but not enough to really add anything to the overall movie.

Star Trek: The Motion Picture does have some impressive visuals for the late 70s, however they don’t really hold up today. It honestly feels like the effects overshadowed the rest of the movie. As I said earlier, there is way too many drawn out sequences focussed on ships and nothing ultimately happening. It’s like they tried to make a Star Trek movie like 2001: A Spacey Odyssey and it really didn’t fit at all.

For the first live action film version of Star Trek, this movie really was a disappointment. There’s honestly not a lot to say about Star Trek: The Motion Picture, it kind of looks good, you don’t care about the rest of it and it’s way too slow and drawn out. If you are an old school Star Trek fan you may like it. It’s not the worst thing ever, but it isn’t by any means even close to being one of Star Trek’s high points in terms of films.