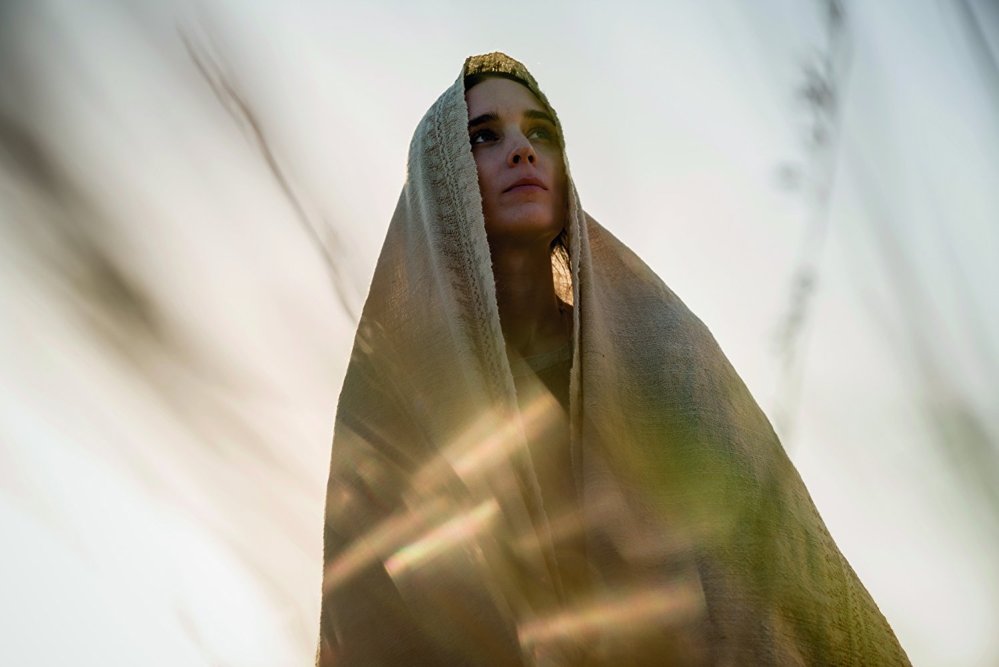 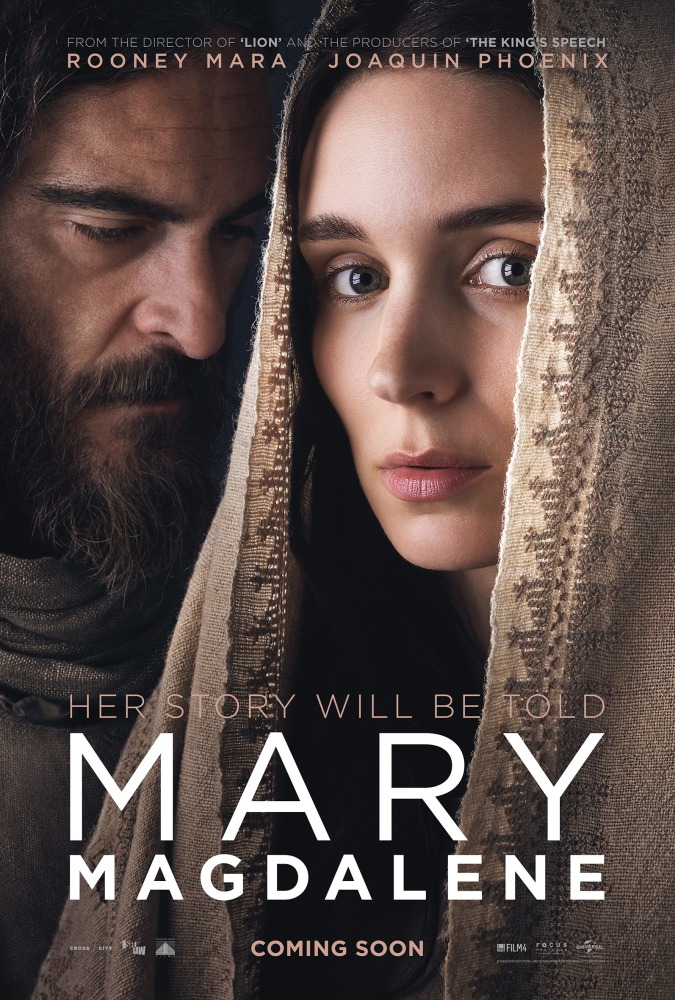 MARY MAGDALENE is an authentic and humanistic portrait of one of the most enigmatic and misunderstood spiritual figures in history. The biblical biopic tells the story of Mary (Rooney Mara), a young woman in search of a new way of living. Constricted by the hierarchies of the day, Mary defies her traditional family to join a new social movement led by the charismatic Jesus of Nazareth (Joaquin Phoenix). She soon finds a place for herself within the movement and at the heart of a journey that will lead to Jerusalem.

Mary Magdalene was a movie I was curious about. Director Garth Davis’s previous movie Lion was pretty good but most of all, Rooney Mara, Joaquin Phoenix and Chiwetel Ejiofor, all fantastic actors, were involved in the movie. It definitely had a lot of potential. At the same time, I was sceptical. The film was pushed back quite a bit (from late 2017 to March 2018) and the trailers didn’t look all that great. Also I don’t really like biblical movies. Despite everything, I gave the film a shot. Overall Mary Magdalene is fine but has a lot of issues and the story isn’t always interesting and drags from time to time. The performances from the talented cast are the best parts of the movie. Mary Magdalene isn’t great but not as bad as what has been said about it. 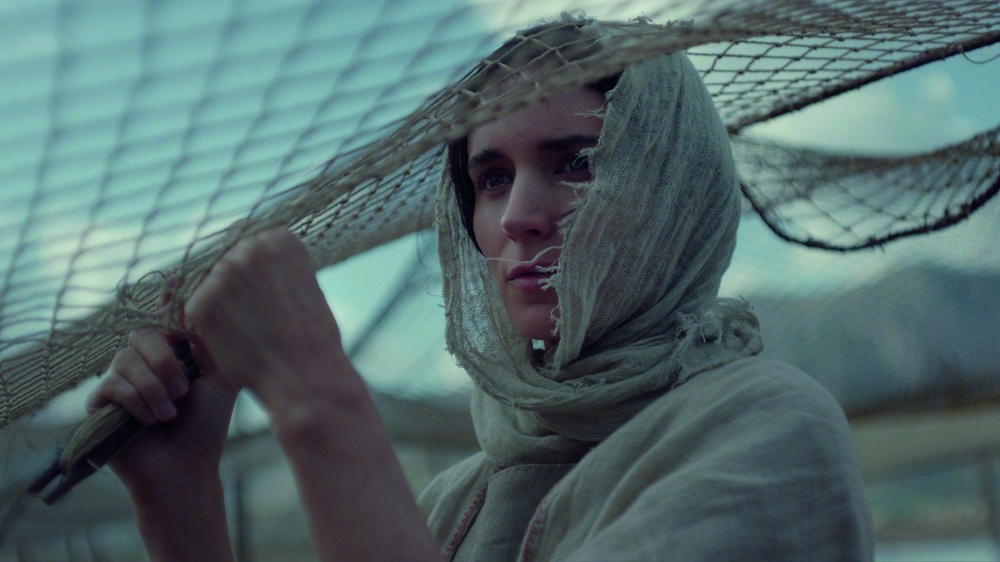 Mary Magdalene is a 2 hour movie but it feels much longer than that. The thing that really stood out to me is that the first act really dragged. Once Mary leaves her family to follow Jesus, the story picked up noticeably. After that point, the movie went in and out from being interesting to not really interesting me that much. Honestly I don’t have too much to say about the story to be honest. It has its strong moments and it has its weak moments. So overall, the actual story is a bit of a mixed bag. As for whether any of it will cause controversy (due to it being a religious movie), storywise I don’t know for sure but nothing particularly stood out to me. It had a more human take, which I think will make the movie slightly more accessible to those who aren’t really a fan of biblical movies.

The thing about Mary Magdalene that mainly had my interest was the cast and they all did a good job really. Rooney Mara was quite good as the titular character. Her performance is quite subtle yet very emotional and she as usual brings her A-game to this role. Joaquin Phoenix was also pretty good as a very different and weird version of Jesus to say the least. It’s not one of Phoenix’s best performances, he has definitely done a lot better than this, some of the time I’m not sure what he was doing. He also did mumble way too much and it was often difficult to hear what he was saying. Rooney and Joaquin shared great chemistry together and that was one of the highlights of the film. The supporting cast shouldn’t be left out of the praise, actors like Chiwetel Ejiofor and Tahar Rahim do well with what they have, those two in particularly were really good. 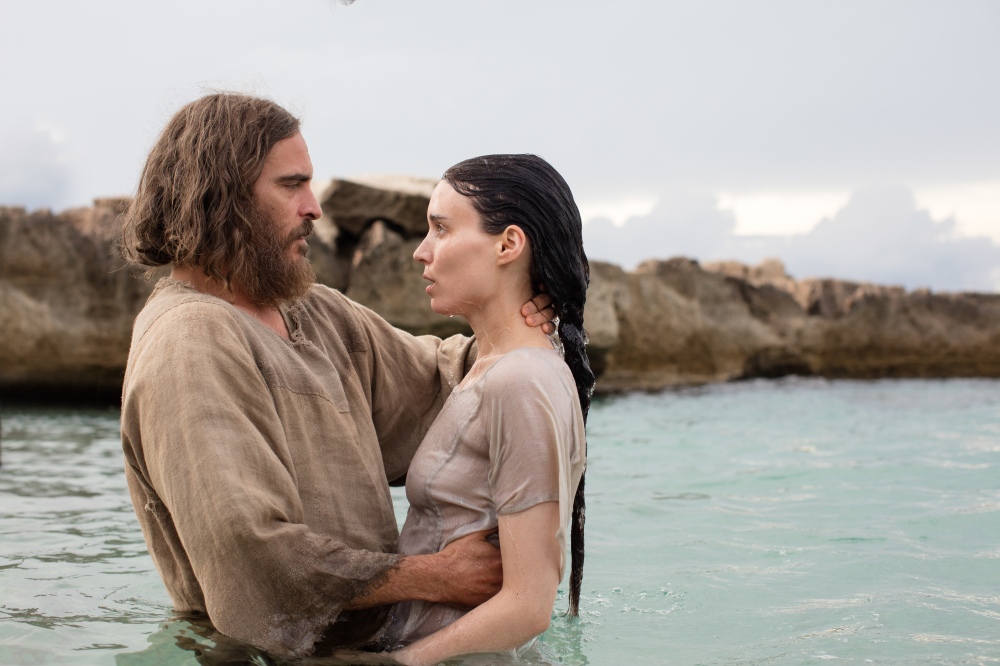 Garth Davis did a pretty good job overall directing Mary Magdalene. Much of the movie is pretty small and intimate throughout. In fact there was one moment later on which contained a wide shot of Jerusalem that was very jarring because most of the movie felt pretty small. With that said, MM does have its fair share of visually appealing moments and the locations worked quite well. Johann Johannsson also did a pretty good score, his final score, worth noting. 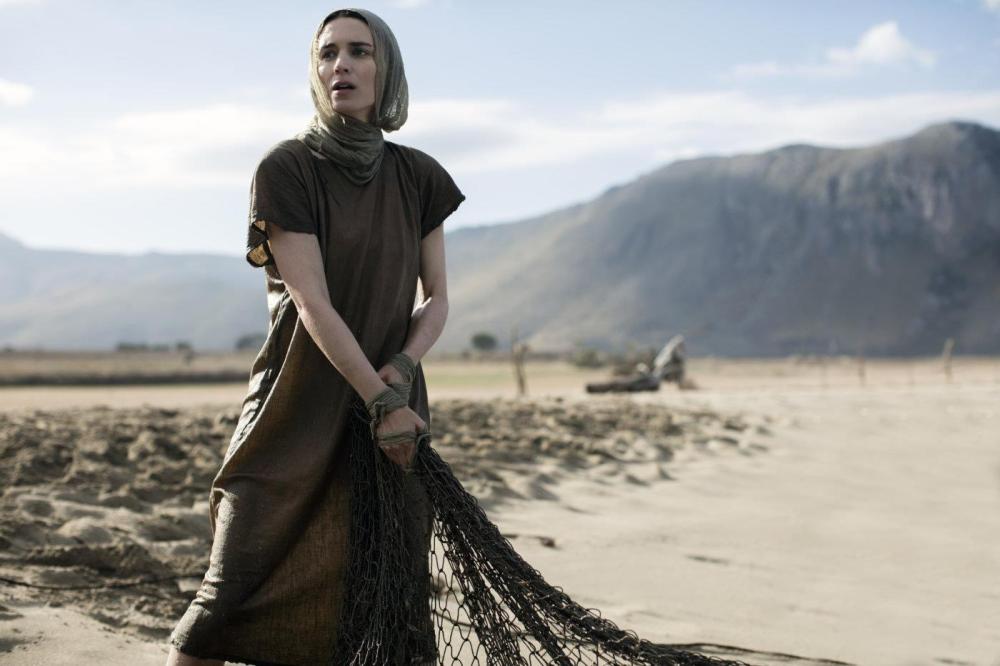 Mary Magdalene isn’t that great of a movie and it has a number of issues but it’s not bad by any means. It has some great performances, Garth Davis’s direction is good and it does have some genuinely good moments. But it does have its fair share of issues and can really drag. If you are a big fan of Rooney Mara and Joaquin Phoenix give it a watch, otherwise maybe check it out if you have nothing else to watch, it’s not really one to rush out to see as soon as possible.