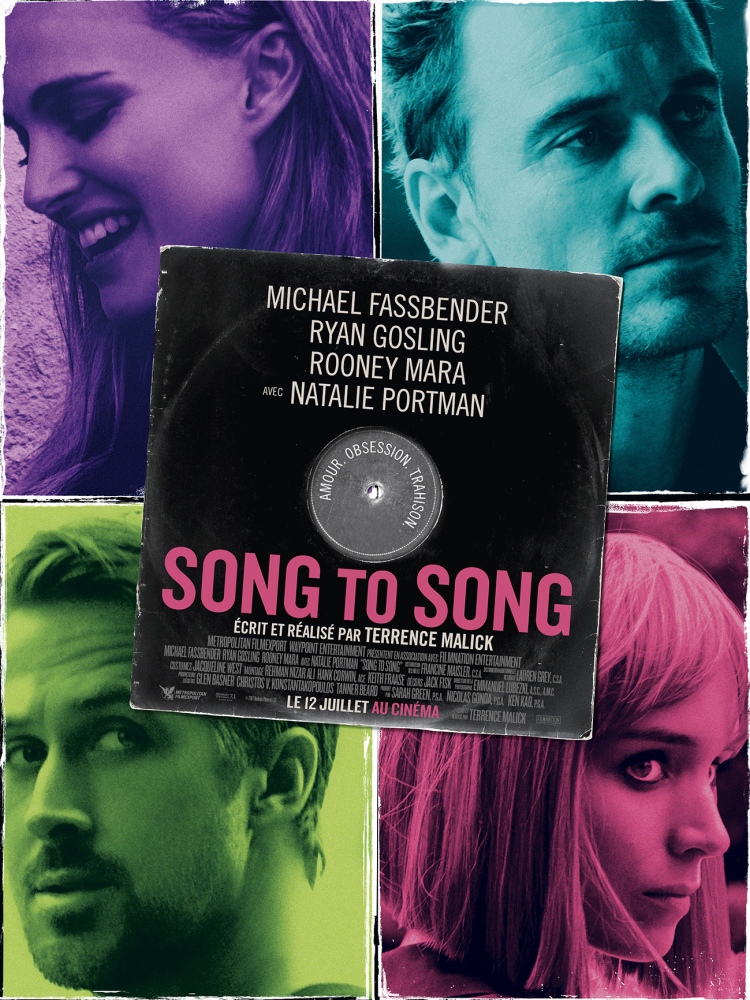 Song to Song was one of my most anticipated films of 2017. I admit I was a little nervous going in because I didn’t know what to expect. The main attraction to me was the talented cast but even though I liked director Terrence Malick’s films Badlands and Tree of Life, I wasn’t really a fan of Knight of Cups. He has a very unconventional directional style which really makes him stand out, for better or for worse. Fortunately, I liked Song to Song, it seems that Malick had backed off from his style that he indulged in too much in Knight of Cups.

Song to Song, like most Terrence Malick films is very unconventional. It didn’t bother me as much, probably because I had recently seen Knight of Cups, which was way more arty than what we have with Song to Song. I think the reason why Song to Song worked for me more than Knight of Cups is because the main characters had personalities and characters of their own. In Knight of Cups, the supporting characters have more personality than the protagonist, and they usually only appeared in brief segments before disappearing. Here though, the main characters played by Rooney Mara, Ryan Gosling and Michael Fassbender have actual characters to work with. On top of that, unlike Knight of Cups, it’s not just a whole bunch of ideas thrown together, there is sort of a story (though not a very conventional or straightforward one at that). It doesn’t have much of a structure, it jumps between time periods and characters so it can be quite jarring and confusing. Despite how jarring and drawn out it could be at times, it had my attention. After a while it does tire you out, I wasn’t necessarily bored but the sequences often take a long time, it requires a lot of patience. 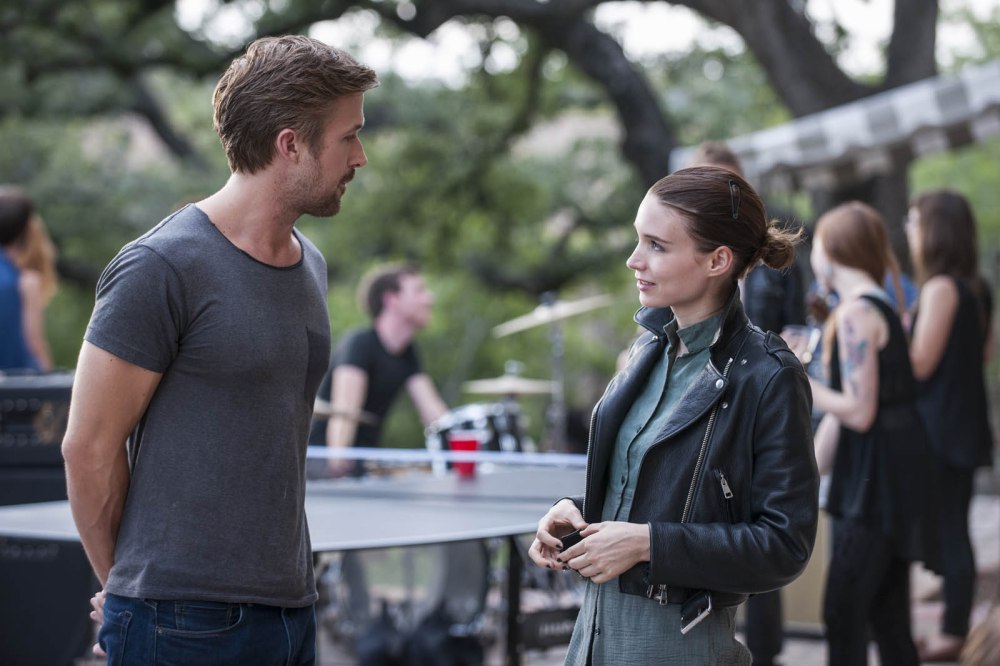 With Song to Song, Terrence Malick again has a great cast and fortunately this time they are actually utilised well. Apparently there was no script for this movie, so it’s a real credit to the actors for the performances that they gave. Rooney Mara is a standout, if there’s a main lead of this movie it would be her. Mara hasn’t really played this type of role before, and she is great here. Mara proves herself to be one of the best actresses working today. Ryan Gosling was also good, a lot of the main relationships that are focussed on most involve both Gosling and Mara and the two of them have really good chemistry. Michael Fassbender is also a standout in every scene he’s in, he really was a screen presence here and was great. Natalie Portman isn’t in it a lot but she is really great in the screentime she gets and made quite an impression. Other supporting actors like Cate Blanchett are also good in their screentime and make an impression. Other actors like Holly Hunter and Val Kilmer are very much just cameos in the movie and don’t really get to do much. 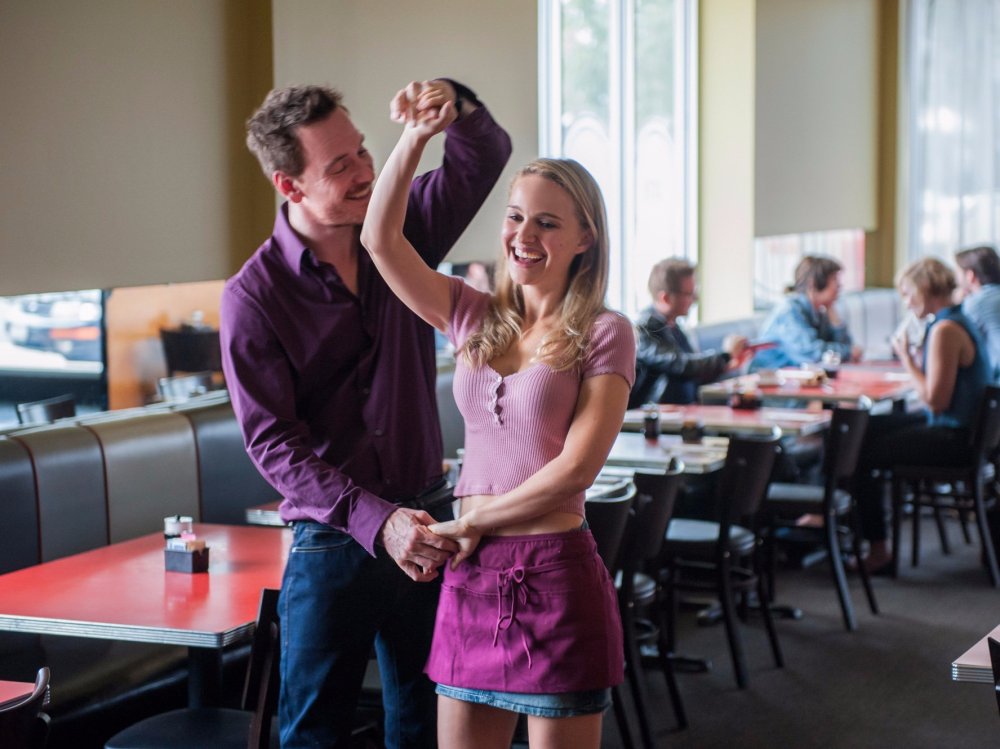 The cinematography by Emmanuel Lubezki (who has worked on many Terrence Malick films) is great and beautiful, like with all Terrence Malick films. Malick also encapsulated the music scene in Texas quite well. Terence Malick is also known for his odd editing, there have even been actors in his films who were cut out of the final product (Christian Bale for example was originally in this movie). So I had come to accept that there would be some odd editing here, however there was a bit of a problem here that wasn’t present in Tree of Life or even Knight of Cups. A lot of the times there are no scene transitions, so it would jump from one scene to the other and it feels clunky and messy, it doesn’t even feel like a stylistic decision. It jumps in time periods and locations and even if that was intentional, the way it was done was very off putting and isn’t particularly smooth. It felt like an amateur filmmaker editing these scenes and not a fully established filmmaker.

Song to Song is not for everyone and I can understand why a lot of people don’t like it. The film did drag as it went along and the editing was quite jarring and clunky. However there were a lot of aspects that really worked, especially the cinematography and its great performances from its talented cast (Mara and Fassbender being the standouts). As someone who liked Tree of Life and didn’t really like Knight of Cups that much, I liked Song to Song. I can’t tell whether you’ll like it or not but if you are familiar with Malick’s other films, I’d say give this a chance.