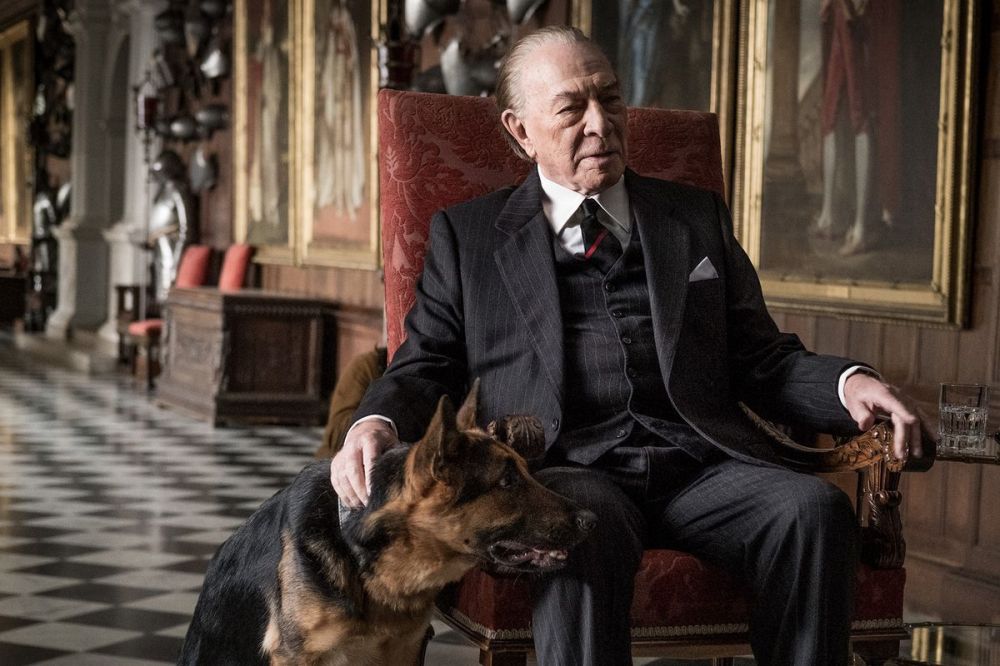 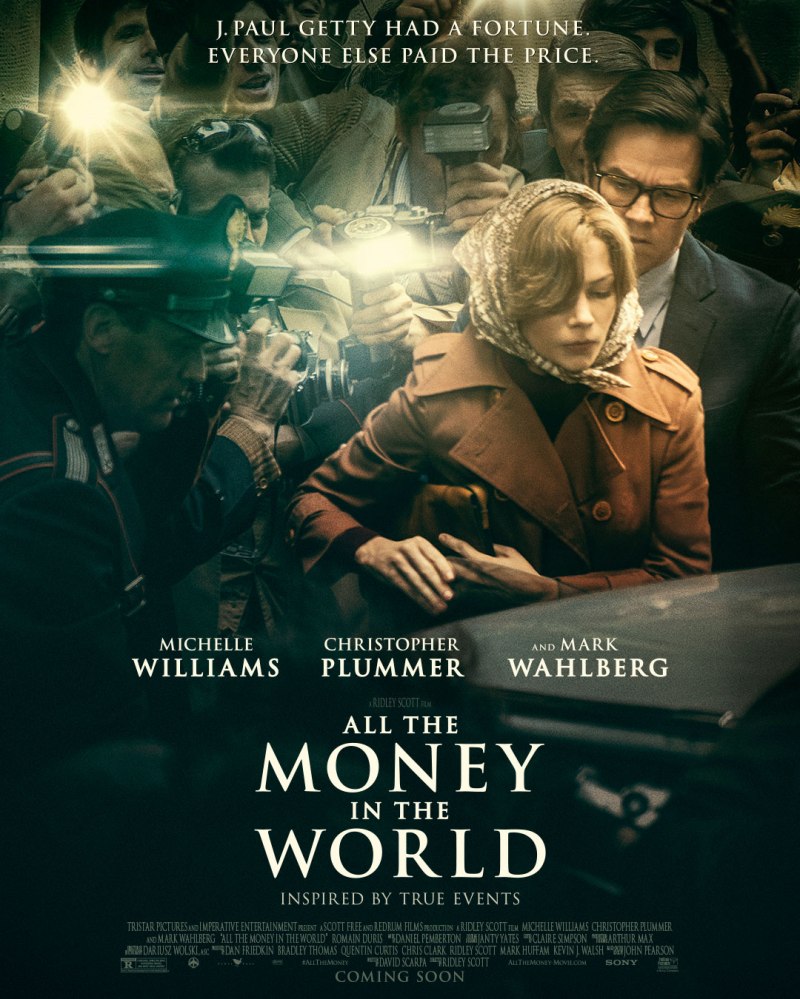 ALL THE MONEY IN THE WORLD follows the kidnapping of 16-year-old John Paul Getty III (Charlie Plummer) and the desperate attempt by his devoted mother Gail (Michelle Williams) to convince his billionaire grandfather (Christopher Plummer) to pay the ransom. When Getty Sr. refuses, Gail attempts to sway him as her son’s captors become increasingly volatile and brutal. With her son’s life in the balance, Gail and Getty’s advisor (Mark Wahlberg) become unlikely allies in the race against time that ultimately reveals the true and lasting value of love over money.

I was aware about All the Money in the World in the lead up to its release, even before the controversy hit the film. As most people know, because of the sexual allegations against Kevin Spacey (who had already filmed scenes as J. Paul Getty), director Ridley Scott decided to reshoot his scenes with Christopher Plummer as Getty. This brought a lot more attention to the film, the question being raised often is whether Ridley pulled the reshoots off months before its release, the answer is yes. However, how is the movie on a whole? All the Money in the World is another solid movie by Ridley Scott with the great performances being the highlight. 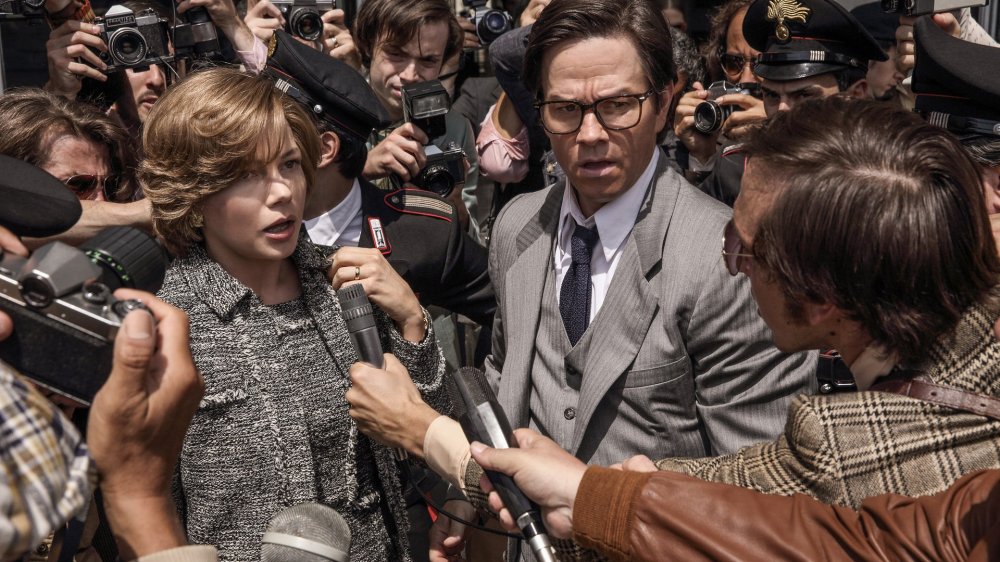 I was interested in the movie from start to finish but I will admit that it took me a little while to get into it, it was a little slow initially. It is a pretty long movie at around 2 hours and 15 minutes, however looking back at the movie I’m not exactly sure what I would cut out. By the second half of the movie though I was fully into it. The film doesn’t just cover the whole kidnapping, it also goes into some depth about the Getty family through the use of some flashbacks. The film really got more intriguing as it went on. As for how accurate this movie is, I know that there are a few aspects that are inaccurate, especially in the third act, it was probably done to make the film more dramatic. I guess all the real events weren’t interesting, dramatic or captivating enough, so some changes were made. I think most of the film is accurate but it is hard to tell as it’s difficult to find facts. On the whole though, the story was done quite well. 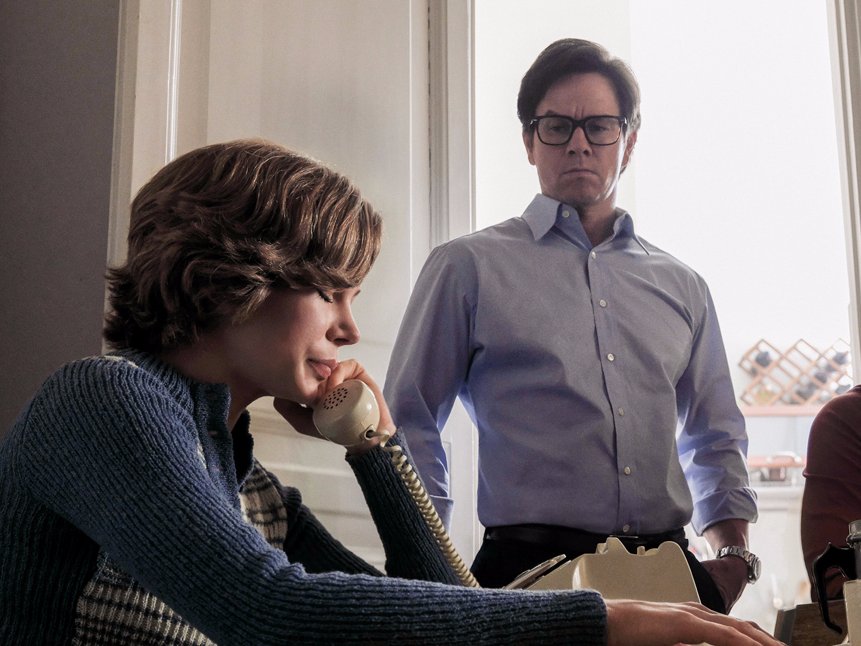 Michelle Williams shouldn’t be overlooked amongst all the Spacey/Plummer controversy. She’s truly great and believable as a mother trying to get her son back and being faced with so many odds. Definitely worthy of a lot of praise. Despite being brought in at the last minute, Christopher Plummer is fantastic as J. Paul Getty. Along with actually being the right age to play Getty and not having extremely distracting makeup (unlike Spacey), acting wise he’s more appropriate. Plummer manages to ground Getty in reality and feel like an actual person instead of a character. Getty definitely is ruthless but has reasons for his decisions and Plummer was fantastic in every scene. Mark Wahlberg was also pretty good, he doesn’t stand out as much as some of the other performances but he does have his moments and still adds quite a bit to the movie as well. Charlie Plummer (no relation to Christopher Plummer) is Paul Getty III and while he doesn’t have too much to work with he did act very well with what he’s given. A performance I also don’t think should be overlooked is of Romain Duris, who’s one of the kidnappers of John Paul III and ends up befriending the captive. They have an interesting relationship that I didn’t expect. Overall all the acting is great and is one of the best parts of the film.

Ridley Scott is still to this day a great director and he does great work here again. Anyone worried about the reshoots shouldn’t be, they were seamless. If you showed the film to someone who never heard about the controversy, they wouldn’t be able to tell that reshoots happened. Besides, it’s pretty obvious that every single scene Christopher Plummer is in is a reshoot, none of that is distracting though. There was only really one scene that stood out involving a desert and green screen (which from what I could tell is the only way they could reshoot that scene), otherwise pretty much everything else is in place. The cinematography, lighting and colour pallet throughout the whole film were pretty good, although a little distracting at times with how it changes during some segments. Whenever the film needs to be tense, it is very tense, especially one hard to watch scene in the second half. The score by Daniel Pemberton was also quite good.

All the Money of the World definitely manages to pull off the reshoots and be an engaging thriller. Ridley Scott’s direction was great, the film was for the most part gripping and the performances were fantastic. I’m not sure if I would put this as being one of Ridley Scott’s all time best films but it is one of his best in recent years at the very least. It was a very different kind of movie for him and he pulled it off greatly. It is definitely worth giving a watch.