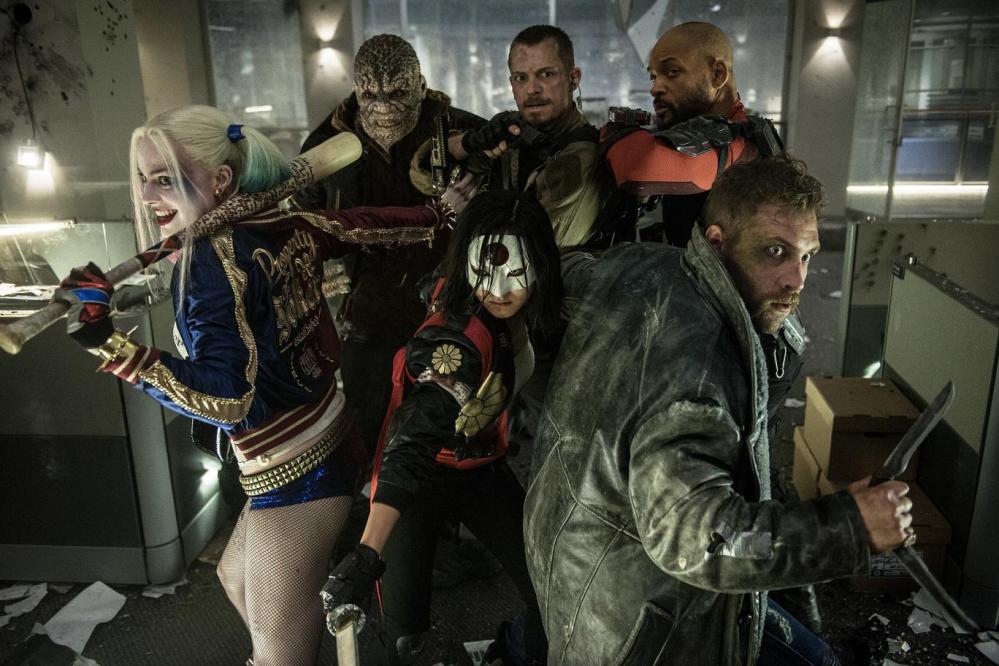 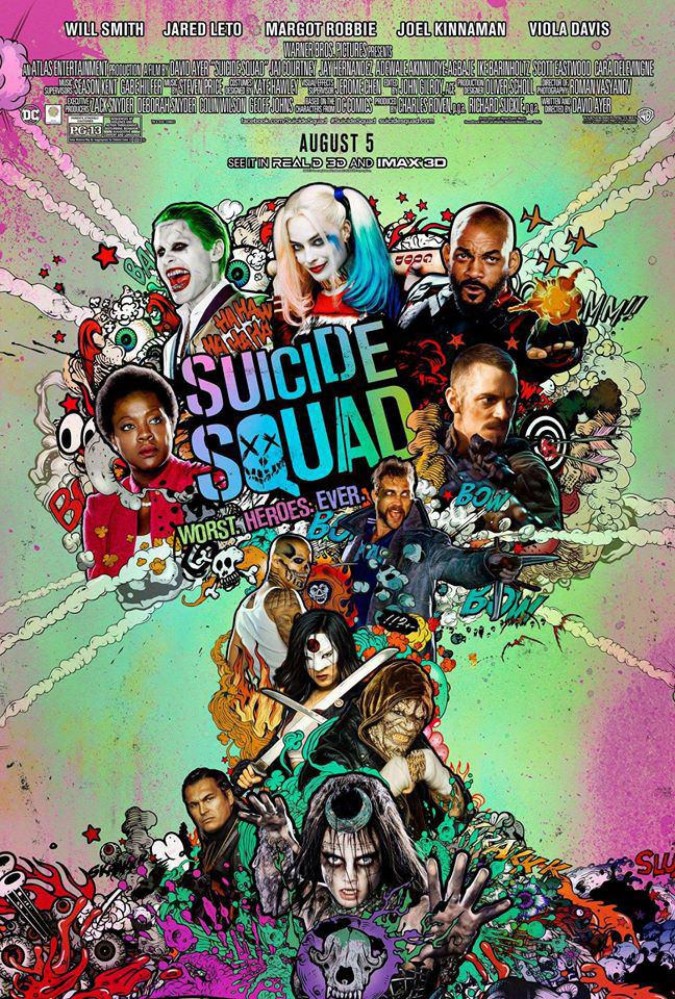 Figuring they’re all expendable, a U.S. intelligence officer decides to assemble a team of dangerous, incarcerated supervillains for a top-secret mission. Now armed with government weapons, Deadshot (Will Smith), Harley Quinn (Margot Robbie), Captain Boomerang, Killer Croc and other despicable inmates must learn to work together. Dubbed Task Force X, the criminals unite to battle a mysterious and powerful entity, while the diabolical Joker (Jared Leto) launches an evil agenda of his own

My updated thoughts on Suicide Squad.

Suicide Squad was one of my most anticipated movies of 2016. It has a unique premise and its part of the DCEU, which I’m loving so far. Having finally seen the movie, I have to say that I am quite satisfied with Suicide Squad. I will admit that it does have its noticeable flaws but I still do think it’s really good. It’s a lot of fun, the characters are handled well, it was a very enjoyable movie. 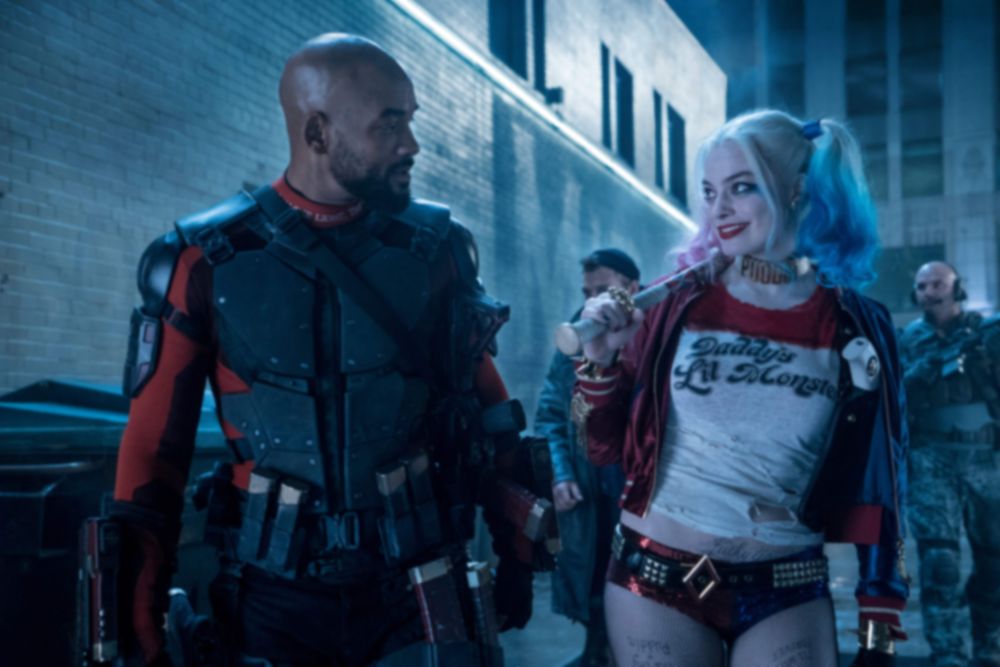 The story is very straightforward and simple, aside from the bit about criminals working for the government, it’s a pretty standard save the world type story. There’s not a whole lot of surprises in the movie. For me though it was the characters and their interactions that drove the movie. The humour was incorporated well into the movie, it’s funny when it needs to be but doesn’t feel out of place, it still maintains a reasonably dark tone. And yes, before many people ask, this movie is ‘fun’. Some have criticised the first act, it’s basically all the backstories of the main characters. I personally really liked it, even though there are a couple of flashbacks during the rest of the film, by establishing most of the characters’ stories at the beginning of the film it got all of it done earlier, no need for constant flashbacks throughout the rest of the rest of the film. I liked the other 2 acts in general as well plotwise. There is a mid credit scene which ties into other movies in the DCEU so be sure to stick around to the end. I pretty much enjoyed this movie from start to finish, I was interested in what was going on but once again it was the characters that were the highlight of the film. 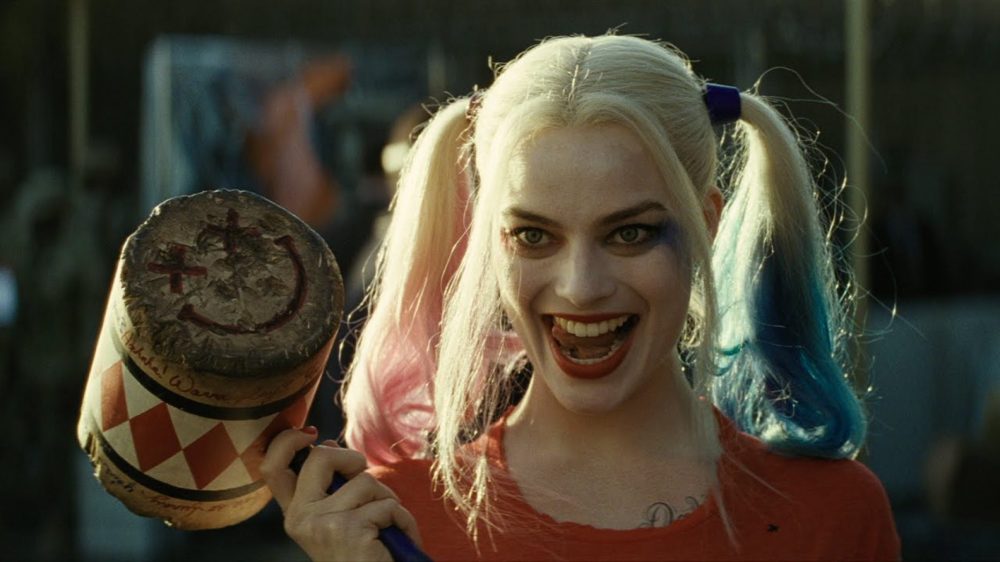 Most of the main characters got at least one moment to shine, and there was something memorable about all of them. Margot Robbie IS Harley Quinn, she was absolutely fantastic in the role, she’s one of the most entertaining characters to watch in the film. Will Smith as Deadshot surprised me, I didn’t really know what to expect from him but he was one of the showstealers, he had charisma, he was nice to watch, he was believable in the role, he was great. Another surprising performance was Joel Kinnaman as Rick Flag. That was a role that could’ve just been a generic soldier character but Kinnamon did a great job and elevated the role, he and Smith really played off each other and was one of the most entertaining dynamics of the film. Jai Courtney as Captain Boomerang was great, he was really the comic relief of the movie and was absolutely hilarious. He finally found a role that worked out for him. Another stand out was Jay Hernandez as El Diablo, who was also a surprise for me, he is given quite a bit of depth and probably one of the most likable characters in the film. There is a scene involving his backstory which was done especially and incredibly well. The other squad members, Katana (Karen Fukuhara), and Killer Croc (Adewale Akinnuoye-Abaje) are also great in their roles. And the final member Slipknot…. well there’s not much to say about him, not spoiling anything. 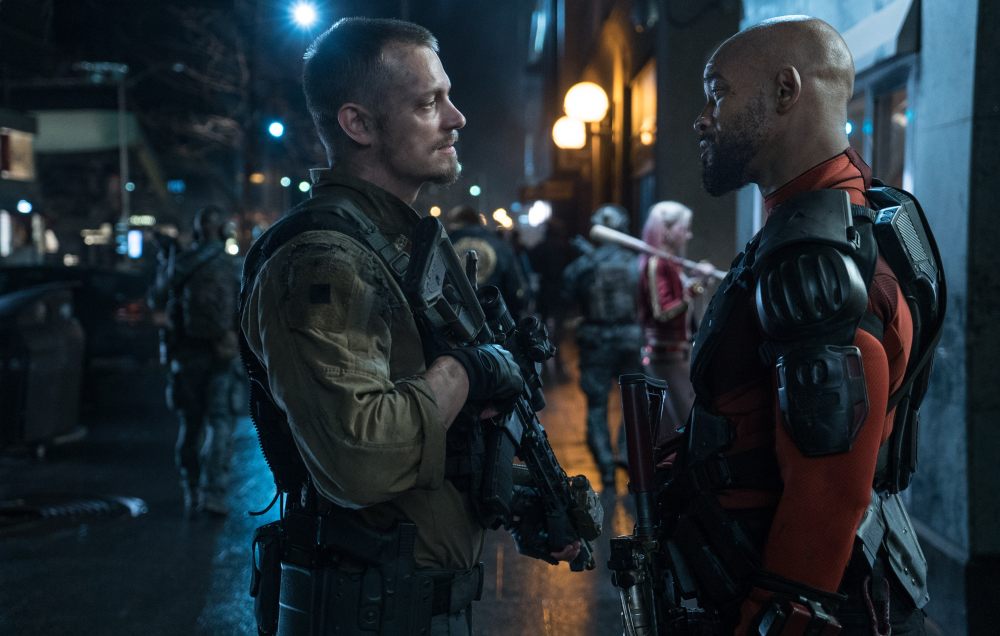 In regards to Jared Leto’s Joker, he’s not in the movie a lot, he’s on screen for like 7 minutes max. I liked what Jared Leto did with the character though, you can’t compare him to Ledger’s Joker because for one, it’s a completely different kind of Joker and two, there’s not enough screen time given to Leto to judge. I do think that we should’ve gotten more of him, and a lot of his footage shouldn’t have been cut (but I’ll address all that later). It was a decent taster of what’s to come for his character in future movies. His relationship with Harley does differ from the comics, here he actually somewhat cares for her, and that will divide some people, I’ll bring it up later on. But I’ll say that I have mixed feelings about how they decided to portray their relationship. The main villain, which I won’t reveal for those who don’t want to spoiled (not really a spoiler though) was kind of weak. The person who played the villain did put a lot of effort into it, and I think the effects for the character were great, and there’s something intriguing about the concepts of the character (especially at the beginning) but the writing wasn’t good for the character, especially the dialogue, which is pretty much clichéd taking over the world villain dialogue. It was a shame because if they gave more depth to the villain and have more development for the character in general, the villain would’ve worked better. However, I will say that despite this, Suicide Squad still has a great villain with Viola Davis’s Amanda Waller (yes she counts as a villain), she was absolutely fantastic. Intimidating and cold, she was also a showstealer (and perhaps gave the best performance in the whole movie). I can’t wait to see her interact with other characters in the DCEU. I think that’s the biggest takeaway I had with these characters, they played so well off each other and made huge impressions that I’m excited to see them in other films. While I’m at it I should mention that the cameos were handled quite well, it makes the DCEU feel even bigger. 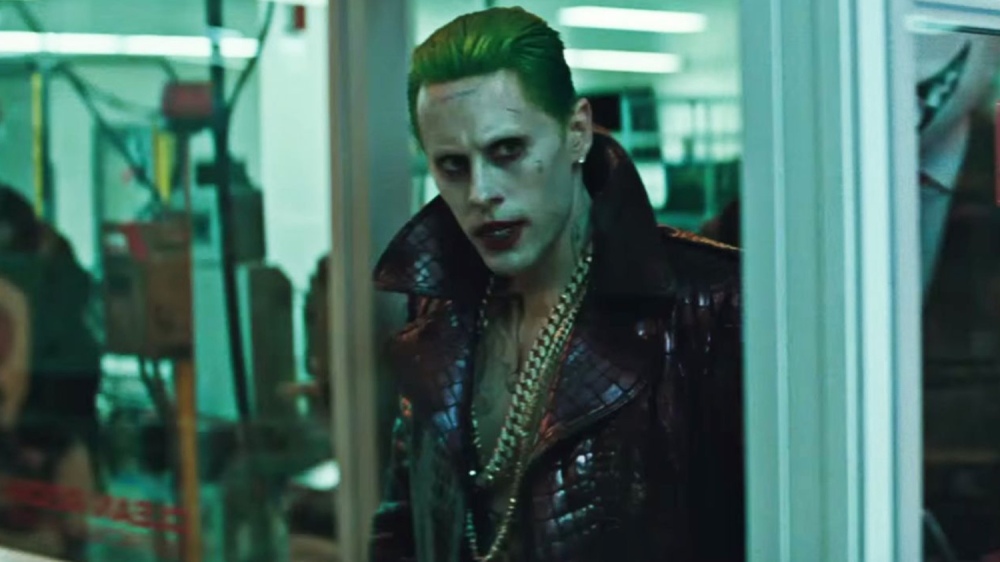 Direction wise I think the film is very good, David Ayer is a very talented director. The film definitely feels more real in its locations, costumes, etc, which makes it quite fresh and new for a comic book movie. The film does have quite a lot of Easter eggs that I won’t spoil in case they haven’t been spoiled for you yet. The action scenes are good and very enjoyable to watch, though the action isn’t really very memorable. Also while I liked the third act and the action during it, the fight with the main villain at the end was honestly underwhelming, wasted potential, like the treatment of the villain in the film. The only effects that were iffy for me was for one of the villains (not the main villain), it looked really out of place and fake, borderline Gods of Egypt CGI (I’ll review that movie soon by the way). The rest of the CGI was fine. While I was questioning the modern day soundtrack before seeing the movie, I thought it worked well. Composer Steven Price’s score also was good.

Now onto the editing. The editing has been getting a lot of criticism. Personally like with Batman v Superman I was generally fine with it, I was able to watch and follow the movie. But for me the one problem I had with the editing was the fact that they cut a lot of footage, there’s a lot of footage that’s in the trailers but not in the movie. This happened quite a lot with The Joker. I felt like Warner Bros cut some things out because they were too scared to show them, for example they cut out a scene which showcased Joker and Harley’s abusive relationship, but I have a strong feeling that this worked against them. Even though Batman v Superman’s original cut had editing issues, I felt like Suicide Squad suffered from this problem more, at least in terms of the scenes they decided to cut. I don’t know who’s to blame for the cut footage but I do think it was a mistake for them to make this decision. Despite this being a problem for me, the film still works quite well with the scenes that are still included. 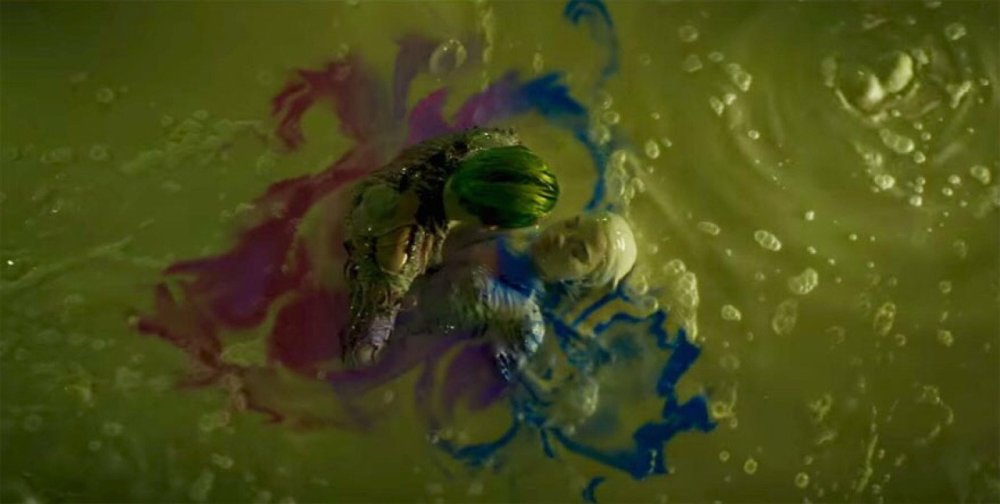 With this film branching off into different DC characters never seen before on the big screen, I can say I’m loving the direction the DCEU is going in. Suicide Squad had a lot of great characters, it’s very fun and entertaining and its something we’ve never seen before. Even though I have listed a lot of problems with the movie (mostly due to the villain and editing and especially the cut scenes), it’s pros really do outweigh the cons. Amongst audiences this film is quite divisive, about as divisive as Batman v Superman. Don’t use that film as an indicator of whether you’ll like Suicide Squad or not, they are very different types of films. I’m not sure if you’ll actually like this movie. But I do think it’s worth seeing for yourself.