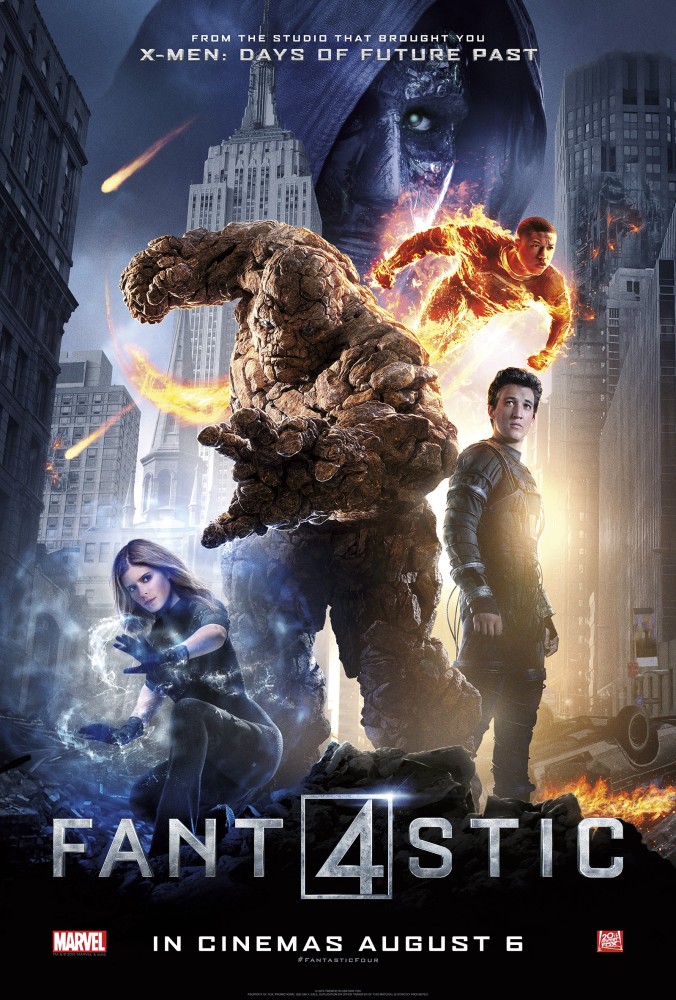 Transported to an alternate universe, four young outsiders gain superhuman powers as they alter their physical form in shocking ways. Reed Richards (Miles Teller) becomes Mr. Fantastic, able to stretch and twist his body at will, while pal Ben Grimm (Jamie Bell) gains immense strength as the Thing. Johnny Storm (Michael B. Jordan) becomes the Human Torch, able to control and project fire, while his sister Sue (Kate Mara) becomes the Invisible Woman. Together, the team must harness their new abilities to prevent Doctor Doom (Toby Kebbell) from destroying the Earth.

Ever since its release, Fant4stic has received worldwide criticism, making only half of its budget back and having a 10% on rotten Tomatoes, there’s also been news of Fox interfering with the movie during filming. I will say that I don’t hate this movie but I don’t think it’s good either. It is an interesting take on the Fantastic Four with great actors and good ideas. However it is let down by a slow pace, obvious reshoots and a horrendous final act.

This movie is a different take on the Fantastic Four, it aims to be much darker, grittier and more of a Science Fiction film, with elements of horror which I can give credit for. The main problem of the movie is that there is not much of the four doing anything in this movie, it takes a long time before they even get their powers. The film feels like it’s trying to build its world but forgets to be its own movie. The best two scenes of the movie is when they are on Planet Zero and when they discover their powers, it actually seemed like Sci-Fi horror. The second act doesn’t have much going on, and feels extended for no reason. The final act though is one of the worst climaxes I’ve seen in any movie. Doom pretty much returns to earth to destroy it (because why not?) and despite how powerful Doom is made out to be, the final fight with him (which is also their only fight) is about 5 minutes long (even though he has the ability to kill people just by looking at them). It breaks the slow tone that the rest of the film was going for and feels rushed, probably a reshoot as well. 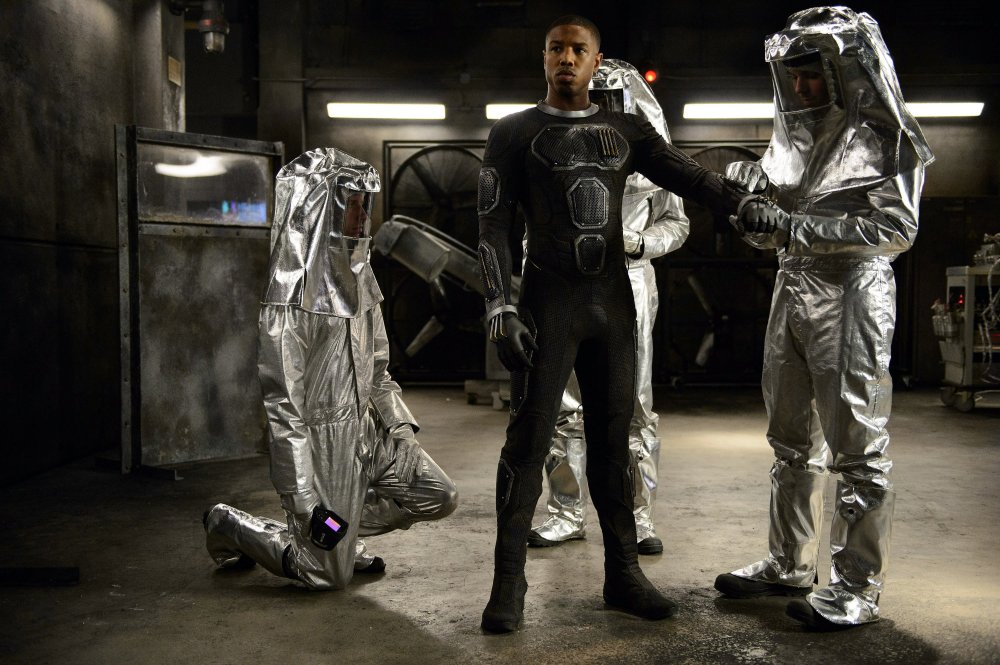 The acting was decent but it’s pretty clear that these actors are underused and don’t have much to work with. The worst part was that Marvel’s first family didn’t really feel like a family, most of them only bond in the first act, and then are reunited to fight Doom. Toby Kebbell was wasted as Doom, he was decent in the first act but he’s only the villain in the last act of the movie and was completely underdeveloped. I couldn’t even tell it Kebbell was playing Doom in those latter scenes.

The special effects are fine for the most part but there are many times where it’s quite obvious that green screen was used, especially when in ‘Planet Zero’. I also think that The Thing’s design was much better than the 2005 version but again, the CGI at times looks fake. There are many scenes where it’s pretty obvious that there have been reshoots, whether it be Kate Mara occasionally wearing a fake wig or Miles Teller having disappearing and reappearing facial hair.

Fant4stic has many flaws but it’s not the worst superhero movie I’ve seen. The acting was decent, there was some good ideas but a lot of it was wasted and did nothing with it. It culminated in the worst final act of a superhero movie that I’ve seen and the movie is overall a massive disappointment. It is worse than the 2005 Fantastic Four because it least had the four acting like a team and the tone fitted much better. I’ll have to see Rise of the Silver Surfer to see if it’s the worst Fantastic Four but in any case, Fant4stic was a let-down, I’ve still seen worse from 2015 though.