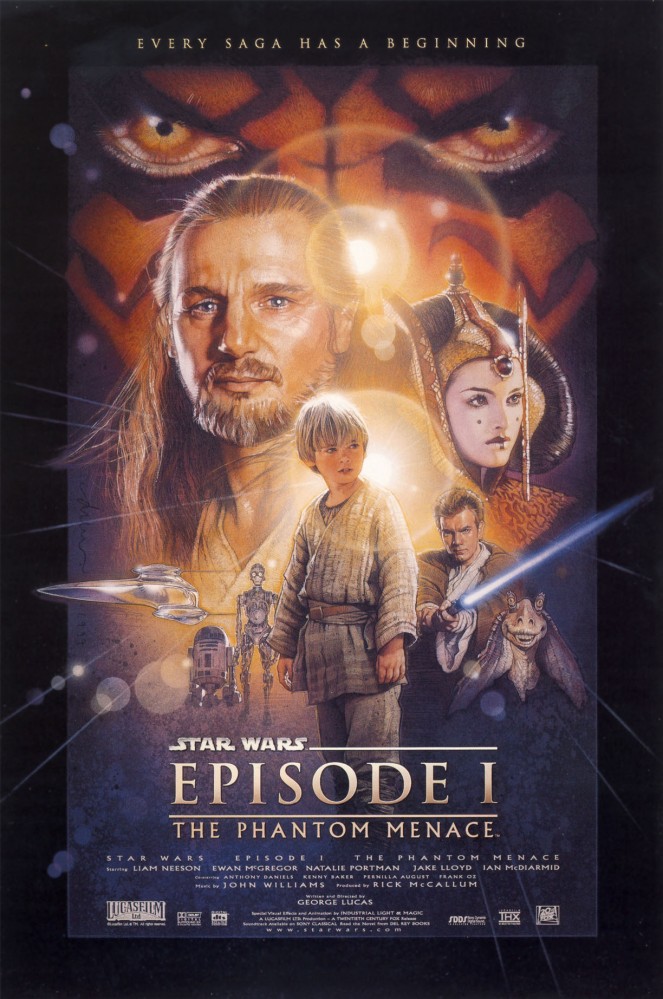 When the evil Trade Federation plots to take over the peaceful planet of Naboo, Jedi warrior Qui-Gon Jinn (Liam Neeson) and his apprentice Obi-Wan Kenobi (Ewan McGregor) embark on an adventure to save the planet. With them on their journey is the young Queen Amidala (Natalie Portman), Gungan outcast Jar Jar Binks (Ahmed Best), and the powerful Captain Panaka (Hugh Quarshie), who will travel to the faraway planets of Tatooine and Coruscant in an attempt to save their world from Darth Sidious (Ian McDiarmid), leader of the Trade Federation, and Darth Maul (Ray Park), the strongest Dark Lord of the Sith to ever wield a lightsabre.

Over a decade after Return of the Jedi, George Lucas returned to the Star Wars series. Everything seemed to be going well, especially with a cast consisting of great actors like Liam Neeson, Natalie Portman and Ewan McGregor. Despite this, The Phantom Menace fails to be a good Star Wars movie or a good movie on its own. A review can’t capture all the flaws in this film, it can really only be done through an analysis (I might do one) but I’ll do my best to mention its main flaws just as a movie.

One of the biggest flaws of the prequels is that the story is so complicated and confusing. The original trilogy had a pretty straight forward plot, but when it comes to exposition, particularly on Coruscant, it becomes really hard to follow. The film also has some pretty uninteresting moments, particularly on Tatooine and Coruscant, and the film slows down tremendously and becomes really boring. Also notable is the dialogue, which is so stiff and wooden, both in its writing and its delivery and everyone ends up sounding the same. 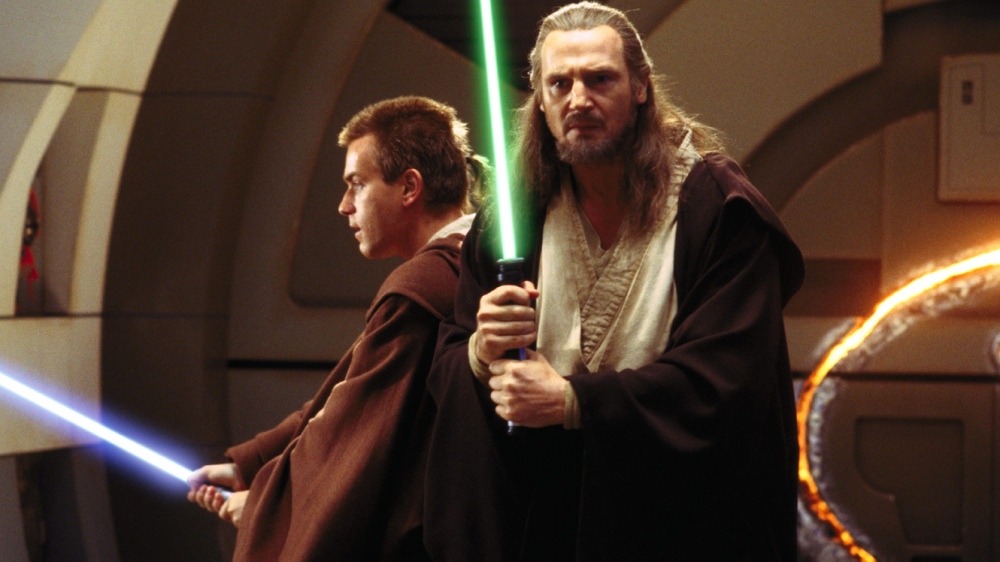 There are a lot of great actors in this movie with but they are wasted, because of the poor direction and writing, they come across as rather wooden but they shouldn’t be blamed for their performances. This goes especially in the case of Jake Lloyd as young Anakin Skywalker, which would result in a bad performance, even with a different actor. I know that I’m not the only one who says that Jar Jar Binks is the worst character in the entire Star Wars universe. Lucas seemed to have found him funny because he tried putting him in as many scenes as possible and it made the whole film experience worse. Darth Maul is probably the best character in the film, probably because he has the least amount of dialogue as well as his double sided lightsabre but he was incredibly underused, only becoming a threat in 2 scenes, one of them being only 30 seconds long.

One of the most noticeable aspects of the prequels is the overuse of CGI. Sometimes it looks fine but at other moments it looks extremely fake, especially with the battle droids. The action scenes are done decently enough but as said before, they rely on CGI too much. I will say though that the lightsabre fight near the end of the movie is one of the best in the franchise. The soundtrack by John Williams is good as always, particularly the theme used for the aforementioned end lightsabre fight.

The Phantom Menace is for me the worst Star Wars movie, I’ll have to watch Attack of the Clones in order to be sure of this but it’s hard to imagine that film being worse. The worst part about this movie is that it didn’t need to be made, it doesn’t actually need to be watched in order to understand Attack of the Clones. As much as it pains me to do this, I think that most of the blame has to go to George Lucas, and no matter how The Force Awakens turns out, it will definitely be better than this film.