A group of aliens visit earth and one of them is lost and left behind stranded on this planet. The alien soon finds a friend and in 10-year-old Elliot (Henry Thomas). While E.T. slowly gets acquainted with Elliot’s brother Michael (Robert MacNaughton), his sister Gertie (Drew Barrymore) as well as with Earth customs, members of the task force work day and night to track down the whereabouts of him. After being able to communicate with Elliot and the others, E.T. starts building an improvised device to send a message home for his folks to come and pick him up.

E.T. is often called one of the greatest movies of all time. Maybe for its time it was, but looking at it now, it doesn’t seem to have held up, at least for me. The film isn’t bad, it’s decently made; but its aging has created some flaws as well as revealing some flaws in the movie that were there to begin with. In my opinion, this isn’t among Spielberg’s best or the best movies that ever made. 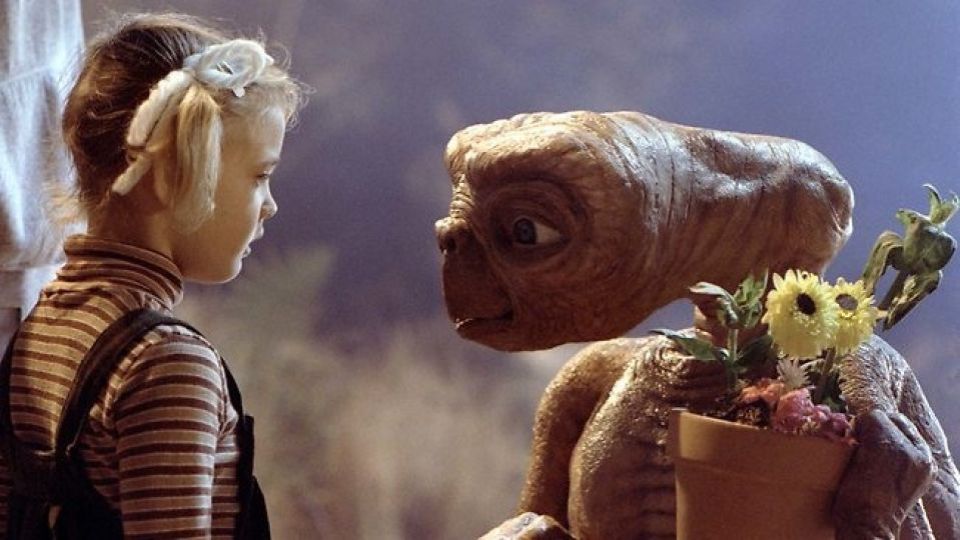 The movie most of the time seems to focus on the relationship between E.T. and Elliot and while it wasn’t done badly; I didn’t really feel the connection between the two. As for how much emotion I felt, I didn’t really feel much when I watched it, even when I was 13 when I watched it for the first time I didn’t feel anything. Also I never really felt for any of the characters, none of them are unlikeable, they seem likable enough for a pass but I didn’t feel like we got to know them. Along with me not being attached to the characters, a lot of the scenes that had an impact on others didn’t make any impact on me for whatever reason; the bike scene is an example. Speaking of which (without spoiling anything), I am still wondering how E.T. managed to get those bikes to fly. This is also a problem, there are moments that just seem convenient that weren’t mentioned or explained previously. Another example is when (again I’m doing my best not to spoil anything) there is some deep connection between E.T. and Elliot but there is a point when something takes a toll on both of their conditions, which isn’t explained in the movie ever. 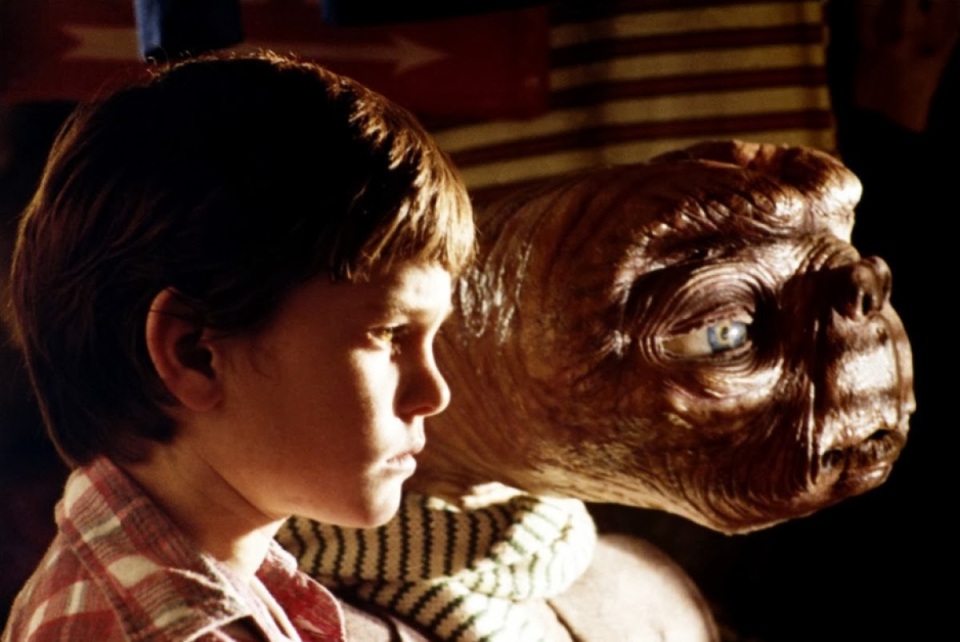 The acting was okay by everyone. A lot of children are the main characters and they are well acted enough, they weren’t great performances but in comparison to some child actors of today, they are much better. However none of the performances made an impression or me and none of them stood out.

This may just be a nitpick for me but I personally think that the filmmakers could have gone with a better design for E.T. I’m glad that it wasn’t of a small green alien (which a lot of representations of aliens are done like) but the look of E.T. really took me out of the movie; it looks like it came from the garbage compactor from Star Wars: A New Hope. The effects were good with the bike scene but there actually aren’t that many other moments with effects. The score for this by John Williams is pretty good but I wouldn’t say it is one of his best. 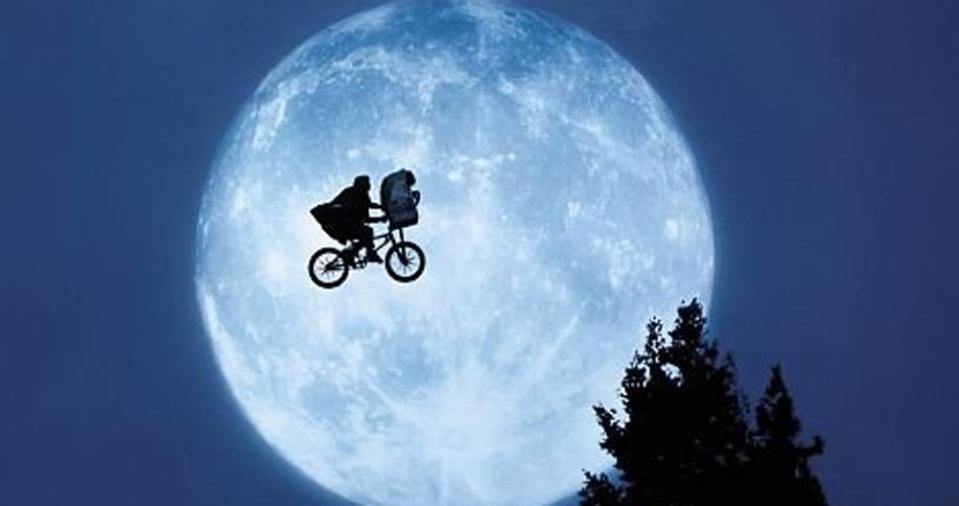 E.T. isn’t a movie that I particularly love. I just wasn’t that attached to the characters and I had no emotional connection with anything in the movie. Despite this, countless people have been impacted by this movie; maybe they saw it in a critical part of their childhood; I will say that younger audiences will probably like it more than older people. If you haven’t watched it already, I recommend checking it out; even to just have an opinion on it. But keep in mind there is a chance that you may not like it as much as other people.